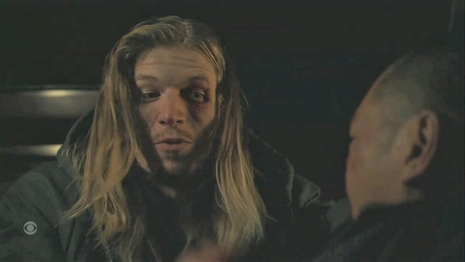 The CBS series The Equalizer became a hit last year by keeping its focus on entertaining an audience. This year, it's determined to abandon that successful strategy in order to hector its viewers with left-wing ideology instead.

In this week's episode, 'Chinatown,' on Sunday, the show tackled the issue of anti-Asian attacks in New York City. It portrayed the culprits as ignorant, working-class white guys who get away with crimes because of a racist and indifferent police system. The episode avoided an elephant in the room -- the majority of anti-Asian attacks in major U.S. cities are black-on-Asian crimes, according to U.S. Justice Department statistics.

But uncomfortable conversations were out-of-the-question in the episode. The show instead relied on a clichéd woke narrative about a group of working-class white males stalking Asians in New York City's Chinatown.

After a sweet old lady named Ms. Li is killed in an "accidental" fire at her Chinatown bakery, Robyn McCall (Queen Latifah) is hired by a Chinatown resident to track down the real culprits. To help find the killers, McCall joins with a Cantonese-speaking ex-cop named Ray Lai (Perry Yung). Lai left the police force, he says, because he got tired of seeing of "cases like this" being "t-boned by a racist system."

Lai: Was your father Big Ben? I knew Ben. He was a good man. One of the only cops that tried to help me when I was hitting brick walls on hate crime cases. What?

Dante: Just don't hear a lot of good things about my father.

Lai: Well, it was hard being good back then. Those walls were hard to get through without smashing. Protect and serve. Not a lot of fine print when it came to people who looked like us.

In an interview with AsAm News Yung said, "This episode of The Equalizer dares to tackle systemic and institutionalized White Supremacy through the anti-Asian violence storyline by showing solidarity between people of color."

Lai and Dante bonding over a shared sense of being oppressed by "the system" is meant to setup a clear "us versus them" dichotomy between whites and non-whites. It's just more Critical Race Theory (CRT) seeping into Hollywood scripts.

Mel: They are like conspiracy theory influencers. Scapegoating Chinese Americans for everything from disease to the economy.

McCall: Egged on by some of our very own leaders.

In 2020, Democrats falsely accused then-President Trump of scapegoating Asians because he criticized communist China's role in the Covid-19 pandemic.

'Chinatown' is one of many Equalizer episodes this season to have pushed predictable left-wing storylines. Earlier this season, the series vilified ICE and Trump-era immigration policies and attacked cops and "whiteness."

Pushing left-wing scripts is a departure from The Equalizer's inaugural season that mostly avoided in-your-face politics, with one notable exception (an episode that included a not-so-veiled attack on the Tea Party). Otherwise, the series stuck with enjoyable storylines that made it a rare hit in a declining network television landscape.

But the season two writers have decided to ditch entertaining for lecturing. It remains to be seen whether the series will sustain its ratings long-term with such a change.