Trans-Indoctrinated ‘Y: The Last Man’ Finds 'Plenty of Men, None With Y Chromosome’ 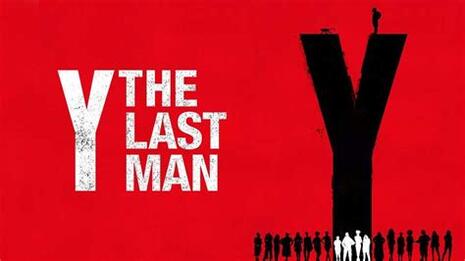 You get a show in which a female president says stupid things like, "We've found plenty of men. None with a Y chromosome."

The feminist vision of a world without any Y chromosomes comes true in the FX drama on Hulu, Y: The Last Man, based on the 2002 graphic novel by Brian K. Vaughan and Pia Guerra. Hulu premiered the first three episodes of the new series on Monday, September 13.

In the storyline, a mysterious plague suddenly kills off all the males in the world, both animal and human, except for one man, Yorick (Ben Schnetzer), and his male pet monkey. Yorick is also the son of Democrat Congresswoman Jennifer Brown (Diane Lane), who ascends to the U.S. presidency after all the men in the line of succession suddenly die.

In our new woke era, a show based on a graphic novel about the death of men must deny that male and female is in fact a chromosomal reality. FX chairman John Landgraf explained at a Television Critics Association Press Tour session last month promoting the series:

"We’ve worked really closely with GLAAD and other organizations and taken a lot of input, and we’ve worked really hard to get that right. I’m confident when members of the trans community watch the show you will feel that nuance will be reflected.”

Along with the silly line about finding "men" without a Y chromosome, a transgender man worries about running out of testosterone and feels frustrated at explaining how she is still alive if she is supposedly male.

But the show really reserves its hatred for Republican women. Deceased President Ted Campbell's daughter, Kimberly Campbell Cunningham, is played by Amber Tamblyn. Tamblyn says she modeled her character after Meghan McCain and the Joker. The camera perpetually hones in on Cunningham's layers of fat as she puts on clothes. Her makeup is increasingly off-kilter as the series progresses. “Even though he’s not a woman, I pulled from the Joker for some of her looks,” Tamblyn said.

While her father is portrayed as a "John McCain type" Republican, "the trauma [of losing her father, husband and sons] only drives her character further into right-wing politics," Tamblyn said. In the eyes of the left, only "trauma," or, more specifically, burgeoning untreated mental illness, could cause a woman to become more conservative.

A female member of President Campbell's cabinet, Education Secretary Regina Oliver (Jennifer Wigmore), is supposed to be ahead of Brown in the constitutional line of succession, but Oliver is presumed to have died in the ensuing chaos of the plague. Yorick says it is a good thing Oliver died, "She's the anti-immigrant, anti-government, anti-vaxxer with a Twitter following. She like, didn't she like try and bring her gun to a spin class? She should not be president." (The series uses "anti-vaxx" rhetoric on more than one occasion. As more conservatives oppose unconstitutional federal vaccine mandates, watch for this phrase to be deployed in Hollywood scripts more and more this year.)

By episode three, it is discovered Oliver is in fact alive. Brown and her political team discuss subverting the constitutional line of succession to stop Oliver from being president. Only one Republican woman is among Brown's group, Lisa (Laura de Carteret), but she is an acceptable Republican woman because she is "pro-choice" and a "RINO."

Miranda: I don't like it either, but Regina Oliver has a legitimate claim to the presidency.

Miranda: You can't just throw out the Constitution because you don't like what it says.

Lisa: Look, Ted Campbell was a good man and he was a friend, but it was no secret Regina Oliver wasn't the best decision he ever made.

Ana: Oh, we're pretending it was a mistake he made.

Ana: He couldn't win without the racists, even with all the gerrymandering.

Lisa: He never thought something like this could happen. None of us did.

Ana: Well, he put a complete fucking fringe lunatic in his cabinet, and then he died and now here we are. That's what she is. 'Jesus wasn't vaccinated?'"

Rachel: Is that real? She said that?

Aide: Look, it's not much of a leap to go from "suffered brain trauma" to "unfit for office."

Miranda: What if she balks? Wants to get the Supreme Court involved? We only have three justices.

As is usually the case with Hollywood scripts in 2021, the dialogue is about as subtle as a hammer banging on a nail. And it is hilarious how Democrats always accuse Republicans of "gerrymandering" as though Democrats never engage in it at all.

The writers may not know anything about basic human biology or Republican women, but they do have their gender politics down pat. Since Hulu is a streaming service, we will not know how large an audience this ridiculous show gets, but I hope it is not much.