Dear WashPost: I Saw 'Cuties,' Adults Won’t ‘Find a Lot to Like’ 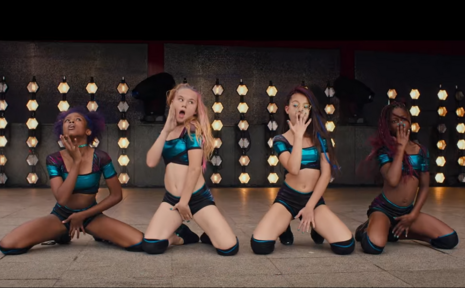 Numerous U.S. senators and representatives called for legal action against the streaming service. Conservative commentators across the internet implored subscribers to cancel Netflix.

Her opinion piece, titled "The people freaking out about 'Cuties' should try it. They might find a lot to like," insisted that conservatives are talking "nonsense" and they should not have an opinion unless they have seen it.

Well, I have seen it and wrote about it. The movie so relentlessly exploited its child actors that I almost tossed my pen and gave up taking notes on all the hyper-sexualized dialogue, visuals and scenarios. But I must respond to Rosenberg's pedophilia apologia.

Rosenberg said, "Amy's [the main character's] friends seem to have an intuitive ability to play at adulthood while avoiding acts that might irrevocably end their childhood."

The girls' "play at adulthood" includes watching pornographic content, blowing into a dirty condom, trying to take a picture of a boy's penis, and anonymously asking a schoolmate online, "Do you like my tits?" and "Do you want to touch mine?" (It's anonymous until one of the girls turns on the camera without permission and a fight ensues.)

Rosenberg did not seem to have a problem with this disturbing vision of "adulthood" at which the girls "play." (For the record, healthy adult women do not feel the need to ask a man online if he likes their breasts. Nor do they want to follow a guy into a bathroom to get a picture of his penis.) Rosenberg also failed to recognize the obvious fact that an obsessive focus on genitalia and sexual matters in 11-year-olds is already effectively ending their childhood.

She called "the paranoia about child sex trafficking that has infected U.S. politics" "cliched scare tactics." If I did not know better, I would think Jeffrey Epstein was still alive and secretly typed this into her computer. Americans' concern over the harm of child sex trafficking is not "paranoia." Recent busts by the U.S. Marshal's Service rescuing children in Georgia, Ohio and Florida point to the serious problem of child sexual exploitation in the U.S.

In her column, she wrote "the movie repeatedly shows other characters reacting with sadness or disgust when these girls try to act like grown women." Once again, I question her definition of  "like grown women," but the truth is the movie is far more focused on close-ups of the girls' crotches and butts than on adult reaction. And the Cuties' final sexualized performance is greeted positively by most of the adults in the audience.

The criticisms of the girls' behavior primarily come from the women in Amy's Senegalese immigrant family. But those women are also shown as backwards and oppressed. Amy's mother, in particular, is weighed down by the humiliation of her husband taking a second wife into the home.

Rosenberg argued that the movie's ending validates the film as a critique of early childhood sexualization because "Amy returns to age-appropriate clothes and games." The problem with this analysis is that the conclusion is so rushed it feels out-of-sync with the rest of the movie. Cuties spent so much time on crotches instead of character development that the denouement makes little sense. The audience is supposed to pretend that Amy just returns to typical childhood while ignoring the damage to both viewer and child that the preceding hour-and-a-half presented. This quick-fix is in itself poisonous.

I can see how viewers might be turned off by the way Doucouré shoots the dance routines, using close-ups of her young actors’ bodies both to show us their abilities as dancers and to make us deliberately queasy. But not liking that choice or not thinking it works in the way she intended does not make Doucouré an evil pornographer, just an ambitious director.

Rosenberg presumes such directorial ambition could only have been achieved by the wrongful means Doucouré employed. In truth, ambitious films do not require direct and inappropriate "shock" shots "intended to make you uncomfortable." Even Alfred Hitchcock's iconic "shower scene" in Psycho never once showed Janet Leigh's character actually being stabbed naked in the shower. (The audience just sees Norman Bates' knife and Janet Lee's face.)

There were countless ways a skilled director could have created a fictional commentary on the sexual exploitation of children while respecting the bodily integrity of the child actors.

I will give Rosenberg credit for one statement in her commentary that is surprisingly accurate. She wrote, "This is very much a film about what happens to kids when their parents aren't physically or emotionally present in their lives." This is true. In particular, a father-figure is entirely absent from the film.

Whether that physical or emotional father absence results from the acceptance of polygamy among Sengalese immigrants or the disparaging of fatherhood in western culture, the results are disastrous for young girls. A father acts as both a protector and a healthy source of positive male affection and love as a girl grows into womanhood. The absence of fathers within a community or culture can easily lead to hypersexualized social forces filling the void.

Rosenberg's defense of this film is just a replay of the 1970s, a period when western culture witnessed a push to normalize pedophilia. Few people remember that in 1975, a 10-year-old Brooke Shields appeared naked in the Playboy publication Sugar 'n Spice. This was prior to Shields playing a 12-year-old prostitute in the 1978 French film Pretty Baby.

It took years to fight back against what Mary Eberstadt called "pedophilia chic." In 2020, we must fight this evil again.

Just last week, the state of California lowered the age of consent for sexual acts with an adult to age 14 (as long as there is less than a 10 year age difference between the parties). Now Netflix has premiered soft child pornography on its streaming service and corporate media like the Washington Post are publishing columnists praising it.

To those Americans who naturally recoil in disgust at such commentary, do not despair. Learn from those who effectively fought against such filth in the past. Push for both political and cultural action and do not let legacy media gaslight you for fighting back. 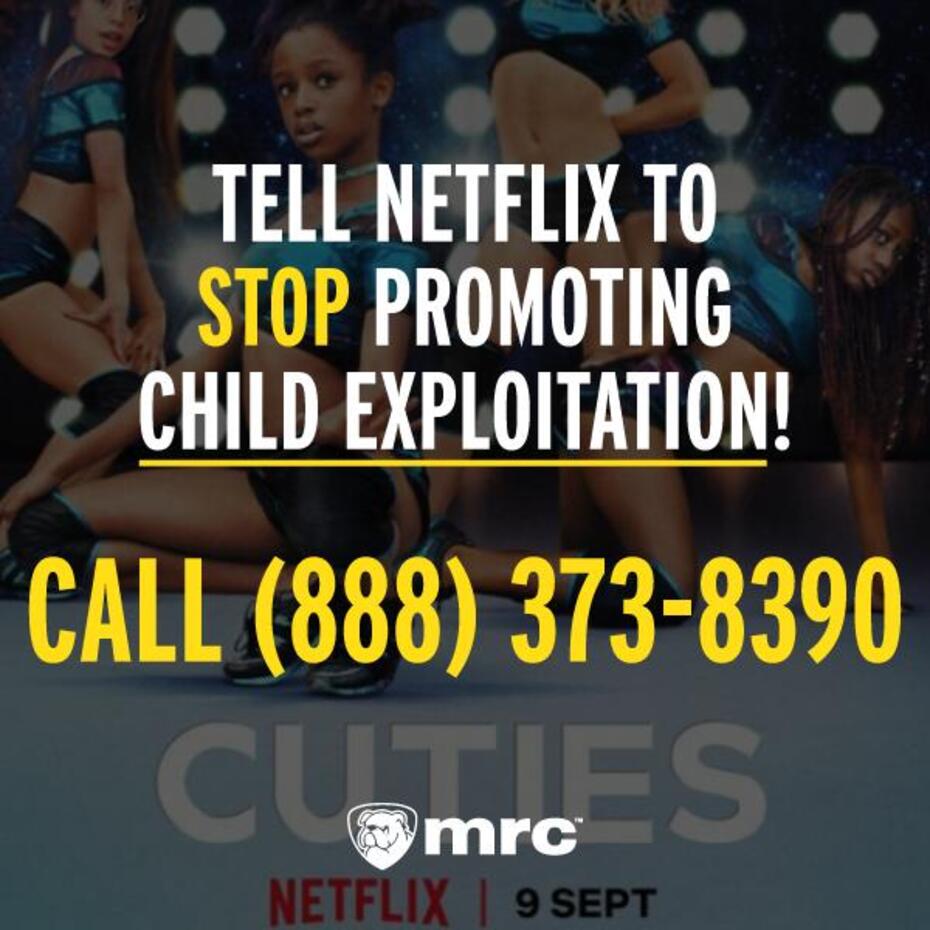