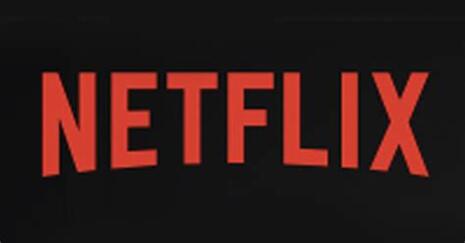 Netflix's description of the film read, "Amy, 11, becomes fascinated with a twerking dance crew. Hoping to join them, she starts to explore her femininity, defying her family's traditions." The actress playing the role of Amy is a real 11-year-old child.

The movie received a Netflix rating of "MA" (Mature Audiences) while its theatrical release earned an NC-17 rating. The public rightly wanted to know how a movie about twerking 11-year-olds was made for adult audiences. #Netflixpedophilia soon began trending on twitter.

Netflix has altered their promotional materials for the film since the outcry, removing the original sexed-up poster and changing the film description from twerking to "a free-spirited dance crew." This does not change the fact that the film is inherently troubling. Netflix tried to cover for its planned release by pointing out that Cuties won an award at the Sundance Film Festival. But don't forget, Sundance was founded by a man charged with molesting a 10-year-old girl multiple times.

Later that same year, Netflix streamed the Italian series Baby glorifying 15-year-old prostitutes in Rome. The National Center on Sexual Exploitation (NCOSE) decried the premiere, stating in a letter to Netflix: “This show glamorizes sexual abuse and trivializes the experience of countless underage women and men who have suffered through sex trafficking.”

Take, for example, the RuPaul dramedy AJ and the Queen which premiered in January of 2020. The show involves ten-year-old A.J. (Izzy G.), a girl dressed like a boy, who accompanies RuPaul to drag shows all over the country. One of the queens refers to little AJ as a "top," a sexual term in LGBT culture. In one episode, A.J. puts on RuPaul's giant fake breasts and lays on her back in the pool as RuPaul watches. In front of the girl, adults discuss someone being slipped a roofie. The offensive sexual content involving the child actor in this show is too much to list. Luckily, AJ and the Queen was canceled after just one season.

And what about Big Mouth? It is a Netflix cartoon that depicts and promotes sexual exploitation among pre-teens. Big Mouth is so blatant in its exploitation that dialogue in the first season between "the Hormone Monster" and the child characters actually says the quiet part out loud. As Newsbusters reported in 2017:

Only three seasons have aired and yet Netflix has already renewed Big Mouth through season 6.

The series, created by comedian Bill Burr, has run 4 seasons with no word yet about a fifth.

Netflix consistently pushes troubling content that sexualizes minors. Cuties only got public attention because the streaming service was brazen enough to display the pedophilia in their promotional materials. That only shows how much the company believes they do not have to worry about consequences.

No doubt Netflix hopes this latest controversy will blow over and everybody will forget about the poster. But the problem is not one poster. It is a persistent culture of corporate pedophilia.

Why doesn't anybody ask the Obamas or prominent Democrats on the board of Netflix why they do not speak out against this culture?

It is long past time for Netflix to face consequences for its consistently disturbing content that sexualizes minors. Keep the pressure going and tell anyone you know to cancel Netflix.