Earlier this week, we brought you the story of Russell Wilson’s wedding planner, and her statement that the Wilsons scrapped North Carolina as a potential wedding destination, due to the state’s HB2 law regarding transgender bathrooms. Enclosed in that story was my fervent hope that the wedding planner got it all wrong, and that the proudly Christian Wilson had decided to forego the Tarheel State for some other reason. 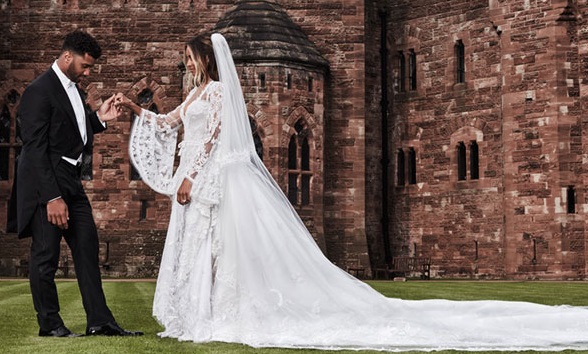 “On Wednesday, Wilson was asked to address the decision during a routine press conference. He didn’t deny it, but he didn’t elaborate much, either.

“I just believe Jesus loves all people and that’s honestly what I believe,” Wilson told reporters. “I constantly pray for world peace, I pray for peace in the world and I pray for joy, but my focus right now is just on the Cowboys and scoring in the red zone.”

No one disputes that Jesus loves all people. Though one might question why that love requires bathrooms be made gender neutral?

What happened here probably isn’t complicated. Wilson was likely told by his myriad of endorsers that holding his wedding to Ciara in North Carolina would be a potentially controversial decision due to the bathroom law. So, he nixed the idea.

At which point his wedding planner, with or without his consent, put it out there that he moved the wedding for political reasons. Which led to that Miss America audition that you read in the above quote. No, Wilson did not directly say he moved the wedding due to the law, though he seemed to get a lot closer to saying that he did than didn’t move it because of the law.

Regardless, Russell Wilson has proved himself to be the guy you want next to you on the football field. In a debate over a controversial issue? Not so much.