Herschel Walker has attempted, finished, and excelled at many things in his life. But he’s finding supporting a Republican candidate in America in 2016 to be particularly hard.

How, specifically, is the NFL legend suffering for his public endorsement of Trump?

Well, as Walker explained it to TMZ, a lot of people basically don’t want to invite him to speaking gigs anymore: 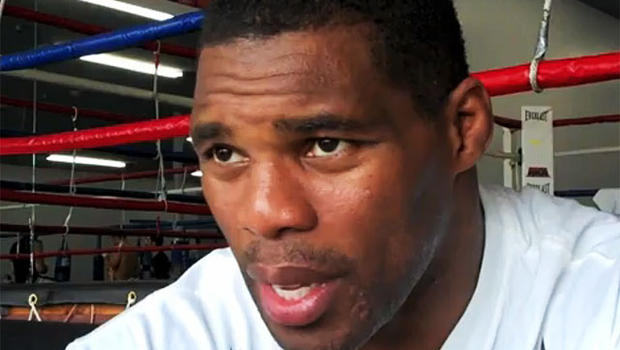 “Walker was one of Trump's first big celebrity endorsers -- praising his former "Celebrity Apprentice" boss as a brilliant man who will truly make America great again.

But after he went public, Walker says he started getting axed from speaking gigs -- most recently getting canceled from an event in California because organizers were afraid Walker would attract anti-Trump protesters.

Walker wouldn't name the groups who 86'd him -- but says it's happened at least 3 times in various states.

In fact, he spoke about the situation this week on the "TMZ Sports" TV show on FS1.

Despite the backlash, Walker says he will NOT stop supporting Trump -- insisting he's the best man for the job.”

Wouldn’t it be great if the story wasn’t what Herschel was doing despite the backlash, but instead, that there should be no backlash, retribution or price to pay for a citizen celebrity endorsing a Republican candidate? I mean, full credit to Walker for sticking to his guns. But why should he have to? Isn’t the real issue here that a highly respected and largely beloved American sports legend is being punished by organizations for simply endorsing a candidate?

Wouldn’t that be the story if companies were canceling his speaking gigs because he supported Hillary?