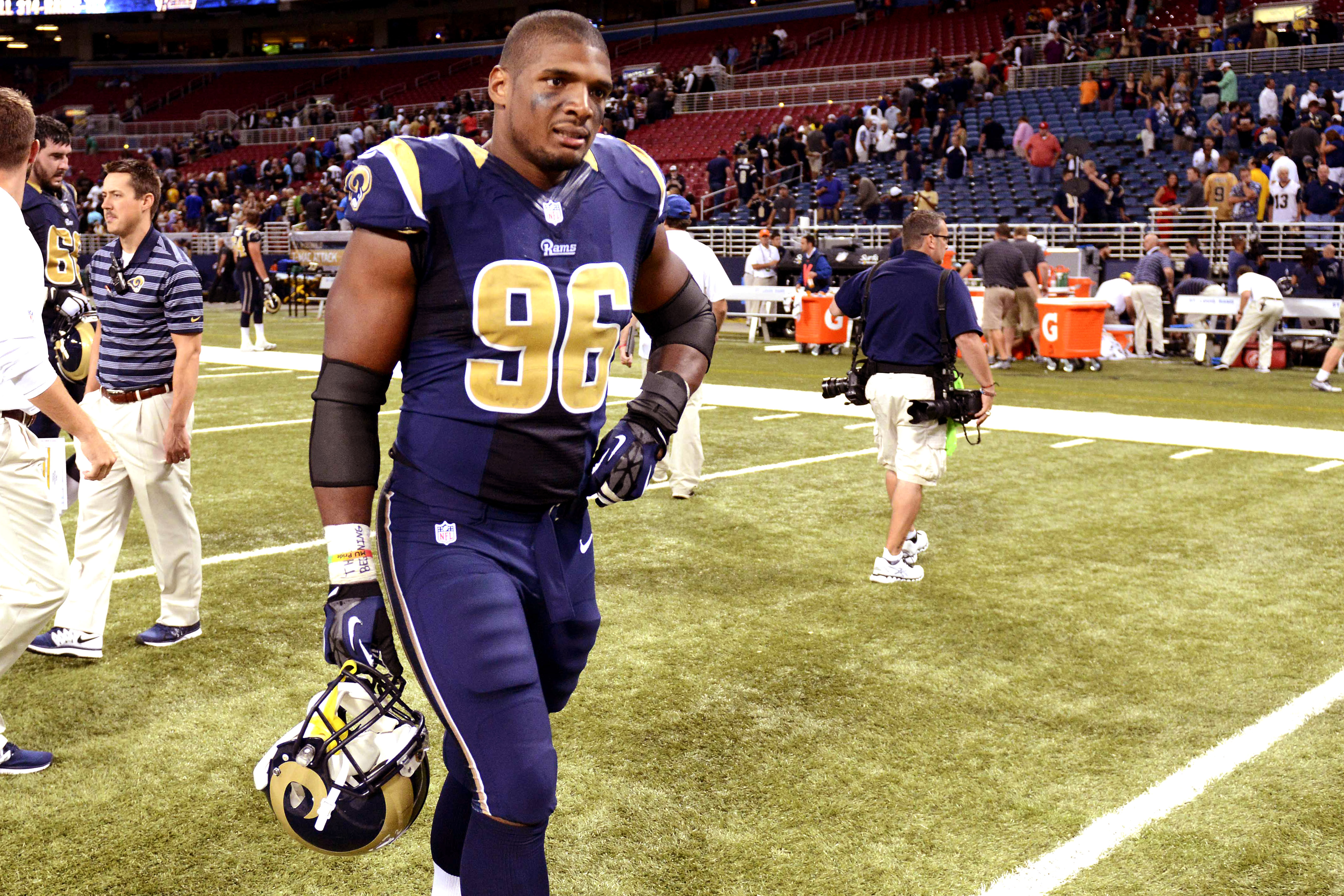 For the second time in just over two months since Michael Sam joined the CFL Montreal Alouettes, he is leaving the team. This time it sounds like it’s for good.

Sam, a defensive end from Missouri, came out as gay before the 2014 NFL draft, to the triumphal declarations from ESPN and the media at large. When the confetti settled, the “Gay Jackie Robinson” was drafted in the seventh round by the St. Louis Rams. Cut by the Rams without ever playing a down, he joined the Dallas Cowboys practice squad for a cup of coffee.

As Yahoo! Sports picks up the story:

Then, after struggling to impress at the NFL veterans combine, Sam got his next chance with the Alouettes, and it appeared to be a good landing spot. He was excited, as was the team, and it appeared Sam had a chance to carve out a niche up north in the wide-open Canadian game as a pass rusher.

But Sam left the team early in his tenure under mysterious circumstances, as rumors circulated about his personal life. Sam returned and the team welcomed him back, but after a short spell — and only one game appearance — he was a noticeable absentee for the team's game this week against the Edmonton Eskimos, and more conjecture about his future swirled.

It turns out that the speculation was rooted in some reality with Sam's announcement on Friday.”

The last 12 months have been very difficult for me, to the point where I became concerned with my mental health. Because of this I am 1/3

going to step away from the game at this time. I thank the Alouettes for this opportunity and hope to be back on the field soon. Thank 2/3

you all for your understanding and support. 3/3

The Alouettes tweeted confirmation that Sam had left the team as well.

Mental health is nothing to take lightly, and I hope Sam is okay. But, his NFL/CFL demise is not surprising, given that Sam was always just a creation of the liberal sports media, and their intentions for him were always far more activist than football player. Sam bears plenty of responsibility, since he agreed to allow the press to turn him into the face of LGBT in sports. However, a large share of the blame belongs to the sports media.

No, the sports media didn’t make Sam a slow, “tweener,” and a bad scheme fit for an NFL defense. It was more sinister than that. They made him unlikeable. In their zeal to turn Sam into the gay Jackie Robinson, they made him arrogant. They took a likeable kid and made him a diva with the sense of entitlement that drives NFL-types nuts.

If the New York Times had been honest about where Sam stood in the draft, as opposed to saying he was “projected to be drafted in the early rounds,” something no scout worth anything believed, then maybe the sense of entitlement that turned NFL scouts off at the Veterans Combine wouldn’t have set in. If Sam hadn’t been told he was making “incredibly brave decisions” and “breaking longstanding barriers,” the arrogance might not have taken root. Perhaps if ESPN hadn’t shown Sam kissing his boyfriend on a loop for 87 hours, Sam would have seen himself as more football player than gay man.

However, the sports media couldn’t help themselves. As CBS’ Greg Doyell admitted, in Michael Sam “the mostly liberal media has a story that we find not just fascinating, but inspiring. And we’re going to write about Michael Sam as much as we can … because it’s so fun and new and progressive.”

And write they did. America’s first openly gay football player was always more of an LGBT activist than he was a football player. Now, he’s just one of those things.

And as for the lefty sports media? To a large degree ... you built that.