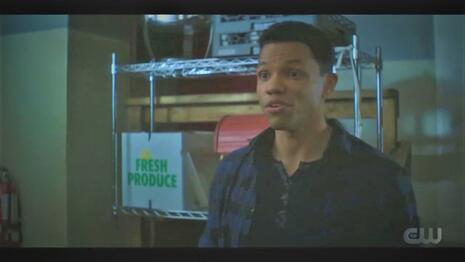 The CW’s ghostly drama Nancy Drew, (based on the beloved series of children’s books), featured a historical mystery Wednesday night, but real history was made when the show had the courage to admit the truth about the racist and eugenicist beginnings of abortion giant Planned Parenthood. And no, this is no April Fool’s joke, as hard as it is to believe!

Wednesday’s episode, “The Spell of the Burning Bride,” centered around the cursed “Bridal Gown of Boothbay,” which, “tames the wildest dreams of women by suppressing their carnal desires,” and “converted women into chaste, submissive brides just in time for them to make it to the altar.”

Nancy (Kennedy McMann) and her crew of sleuth friends discover that the dress worked until 1919, when the last bride wore it. That bride, who “got around” was forced to marry because of her reputation. The dress took away her desire, but made her go “nuts,” and she ended up killing her husband. Now, whoever wears the gown becomes murderous.

Unfortunately for Nancy’s ex-boyfriend Nick (Tunji Kasim), he checks in on a female contractor named Noah who is working on the alarm system at The Historical Society where the cursed dress is stored. Noah was lured by the spell to put the dress on when she got near it and she’s fully under its spell as Nick arrives. Noah suddenly turns on Ned and tries to kill him, but Nancy and the gang arrive just in time to save him.

Nancy soon realizes, however, that, “the dress contained the stolen lust of a century's worth of women, and when I destroyed the gown, I released all that lust, and it got stuck inside me.” (I know, I know. These are definitely NOT the Nancy Drew stories you might remember reading as a child!)

Nancy’s friends must lock her in a freezer while they figure out a solution because Nancy is having trouble controlling her desire for every man she sees. That’s when Nancy’s friends start looking into historical records for answers, leading black character Nick to point out the extremely important history of Planned Parenthood that the media like to ignore, even during our current BLM culture:

Bess: Okay, guys, there's a notation in here that says the dress was locked in the Historical Society by the Women in White.

George: Oh, you mean the witchy badasses who first called to the Aglaeca?

Ace: This says they sewed the dress themselves on commission from a wealthy family.

George: Oh, so, the badass witchy types also dabbled in female repression. Not exactly the epitome of allyship.

Wow! Bravo to the writers of Nancy Drew for realizing that all black lives can’t matter until unborn black lives matter. And for the courage to speak up on Planned Parenthood’s racist roots when Hollywood would usually rather bury this vital piece of information.

Conservatives Fight Back! This episode of Nancy Drew was sponsored by Old Navy and Grubhub. Click each advertiser for their contact information so that you can praise them for sponsoring a show that has the courage to tell the truth about Planned Parenthood's racist origins!