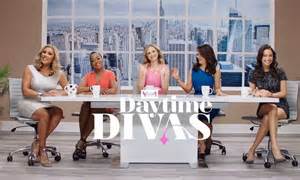 I used to be a brand ambassador for The View. It was beyond frustrating to see the way Elizabeth Hasselbeck was treated on the show and in the press. She didn’t stand a chance with 4-5 staunchly liberal women there to bully her whenever she presented a conservative opinion.

As if that wasn’t bad enough, the press would jump down her throat to join in the bullying, creating a false image of a ditzy, unintelligent woman who didn’t know which way was up. It was a full-on war on an innocent, conservative woman of faith who was obviously a threat to the left.

Enter Heather Flynn-Kellogg (Fiona Gubbelman) on VH1’s Daytime Divas. On Monday's episode, “Shut it Down,” Heather’s character went from being in a marriage based on twisted Biblical doctrine to one with an emotionally and physically absent husband who leaves Heather longing for attention and validation. The perfect set-up for the next chapter in “beat up on the conservative Christian character” plot.

A new co-host, Portia Camden (Tasha Smith), is on board on The Lunch Hour and Heather finds herself drawn to the way Portia builds up her confidence and helps her to believe in herself. She also enjoys the attention from Portia that she’s not getting from her husband and instead of seeing her as a good friend as a typical, married, conservative Christian would, Heather begins to develop a sexual attraction to her.

When she goes to seek Portia’s advice on which dress she should wear, Heather’s airhead, confused persona is highlighted even further as the attraction turns into full-on lust:

I once heard a youth counselor explain that young girls today are constantly made to feel that normal, friendship-type emotions and actions such as holding hands, sleepovers, hugs and snuggling, all once innocent in days past, are now so sexualized that girls are made to feel that they must be gay if they have warm feelings for their girlfriends. That leads to confusion and young girls believing they’re gay when in reality, their feelings are innocent and not a statement on their sexuality.

This scene depicts that perfectly, but of course, the spin instead is that Heather is continuing her hypocritical, twisted version of Christianity.

But when Kibby (Chloe Bridges), who VH1’s official Daytime Divas cast page describes as an “out pansexual,” tells Heather that she can sense that there’s an energy between her and Portia because she herself is “sexually fluid,” Heather adamantly denies that there is any attraction. Heather storms off, upset and near tears and runs into Reverend Dylan, who offers to speak to her in private about what is upsetting her, which leads to this indignity.

Ah, yes. Another notch in Heather’s sexually deviant belt, this time from a Christian pastor at a church where “anything goes,” killing two Christian birds with one stone. Lovely.

Too bad this week’s episode title, “Shut it Down,” didn’t stand for shutting down this tired and overused bullying of Christianity and Christians once and for all.