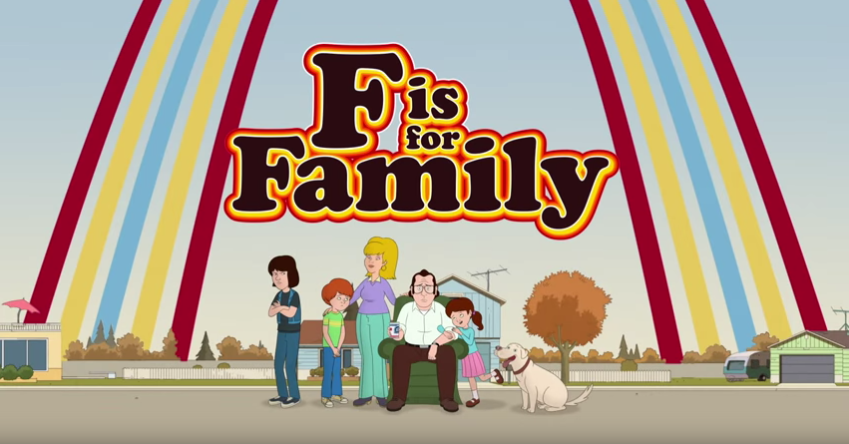 Season two of the 1970s cartoon, F is for Family, was released on May 30 on Netflix and, while it had its funny moments and nostalgic memories, especially for this child of the '70s, it also had plenty of horrifically offensive moments for Christians.

Created by Michael Price (The Simpsons) and comedian Bill Burr and produced by actors Vince Vaughn and Peter Billingsley (Ralphie in A Christmas Story), the series centers around the animated Murphy family, headed by parents Frank (voiced by Bill Burr) and Sue (Laura Dern). Just as in the '70s, smoking, drugs, sexism, racism, sex and cursing are rampant, seat belts are optional and rage-a-holic men, family dysfunction and arguing parents on the brink of divorce reign supreme.

But Christianity as an ongoing butt of jokes throughout the show didn’t ring true. If anything, I remember faith being off-limits for attacks when I was a child in the 1970s. A person’s faith, even Christianity, was revered and respected and never treated with the impiety and profanation that it is today. So, in that regard, the show comes off a bit anachronistic.

It is a popular target in today’s society, however, and a common victim of the Hollywood left’s brand of irreverent, crossing-the-line humor.

A shot against Catholicism came up right away in episode one, “Heavy Sledding,” as Sue runs into an old “friend” Ginny, whose husband Greg abandoned her and their children at Christmas. Ginny tells Sue that they’re back together and that ever since Greg attended a Catholic “Pray Away” cruise with their priest Father Pat, he’s been a changed man. “We’re going at it like newlyweds,” Ginny proclaims.

But when Ginny calls out to Greg, who is off lustfully licking his lips, talking dirty, and implying lewd things with the mouth of a snowman, Greg immediately pulls a crucifix from his coat and says, “Dear Lord, give me strength,” and chants, “Vagina, vagina, vagina!”

For a while, it looked like the FIFF writers might finally have laid off the blasphemy for good. But what was shown in the first episode couldn’t come close to comparing to the vile offense that snuck back in by episode six, aptly titled, “This is Not Good.” 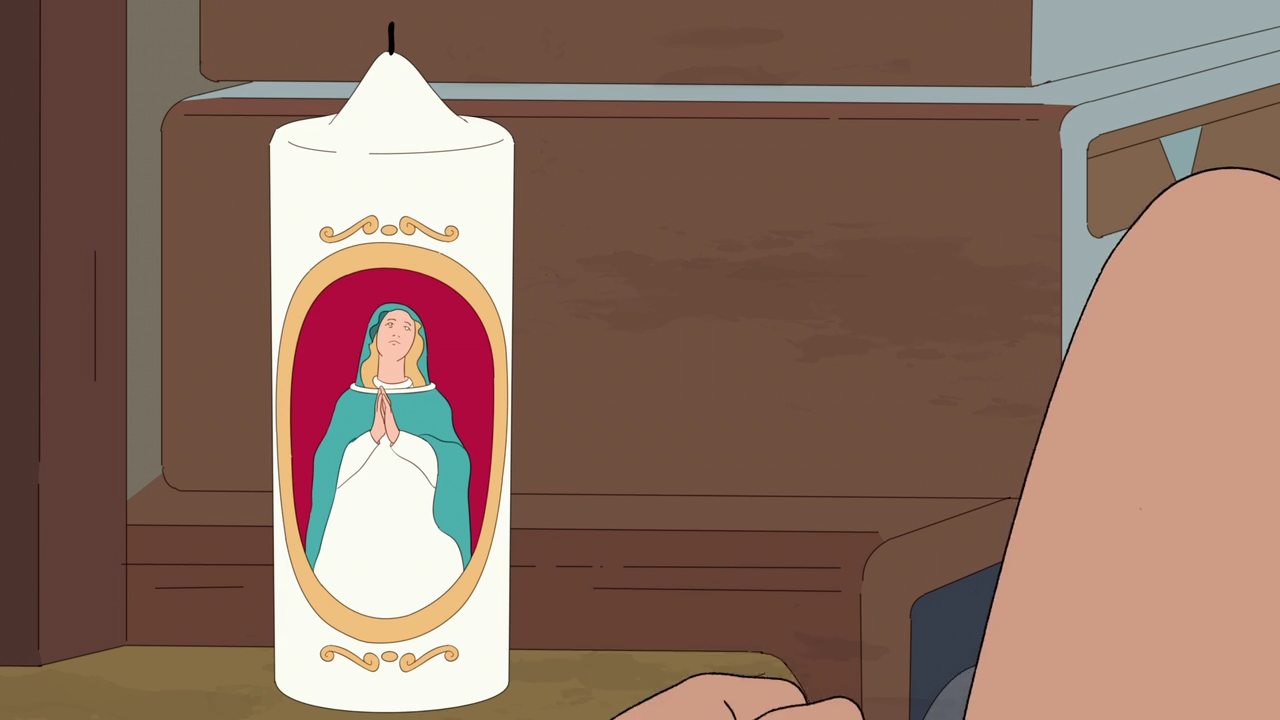 I know the writers were attempting to make the point that a teenage boy will be turned on by almost anything, but after throwing in “Modern Lady” magazine with the word “abortion” in all caps across the chest of a masculine looking feminist, showing the Virgin Mary on a candle as an image he masturbated to was completely uncalled for. There’s nothing titillating or comical about desecrating the sacred virgin mother of Jesus in this way. At least not for normal people.

I’m glad I won’t be in that writer’s shoes when he/she eventually meets his/her Maker. That just went way too far and crossed a line that should never have been crossed.

Later, Sue convinces Frank to attend a "Pray Away the Hurt" couples retreat and in episode nine, “Pray Away,” they head to the lake on a bus with Ginny, Greg and another couple, while Father Pat, who is obviously gay from the tone of his voice and mannerisms, is at the wheel.

They arrive at Our Lady of Perpetual Suffering’s (*sigh*) “Catholic Retreat House for Couples and Re-Assigned Priests.” Obviously insinuating that Father Pat is a child molester. As the couples sit by a fire, we find that Greg and Ginny are senior counselors because they are the program’s "biggest success story.” You can guess where this is headed.

Ginny announces, “Frank, Sue, Jan, Clark, you've taken a very brave step by coming here today. One that will save your marriage, just like it saved Greg and me. All with the loving help of our Lord, Jesus.”

But as Ginny is speaking, Greg is fondling Jesus’s body on a crucifix, saying predatorily, “Oh, you’ve got a swimmer’s body.” Disgusting AND it mocks Christians who think you can pray the gay away - they killed two birds with one stone in this scene.

Nine episodes in and they can’t stop crossing the line in targeting faith for their punch lines? Is it because the kindness and forgiving nature of Christians make them an easy target or because the writers lack originality and talent? Maybe a little bit of both?

I challenge the writers to take the most sacred elements of any other religion and mock them the way they do here. I wouldn’t actually want that to happen to any other person’s religion, but I can make the challenge because I know it will never be accepted.

Simply drawing Islam's prophet Muhammad is considered sacrilege by Muslims, can you imagine if a character was shown lustfully fondling an image of him?!

But sure. Go ahead and malign and belittle our beliefs, our sacraments, and our God with vile, narrow-minded punch lines from seriously flawed, illustrated characters in your dystopian world where Christianity is so debased that almost no one respects it. We’ll still love and forgive you. Because that’s what Christianity is really all about.