It’s 8 a.m. (East Coast, anyway.) Are you “woke” yet? No, not awake, woke. The term “woke” refers to “being aware.. Knowing whats going on in the community,” according to Urban Dictionary. Ridiculous lefty Fusion describes the use of the word this way: “For years, the idea of being ‘woke’ was a hallmark of socially-minded, black social media, but it’s recently crossed over onto the broader, whiter internet.” 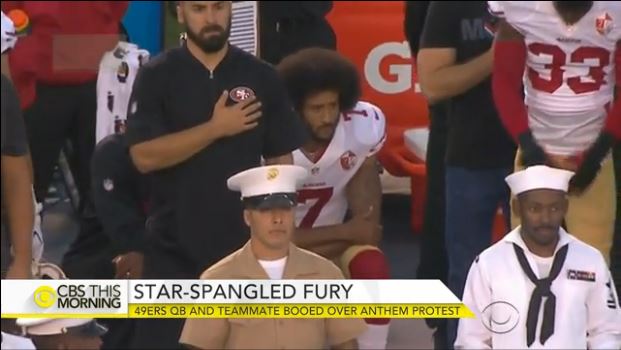 You can’t talk woke these days without talking $19-million-a-year, has-been QB Colin Kaepernick. BET.com called him “woke NFL player Colin Kaepernick” and HipHopWired said he was, “woke and extremely so.”

It’s not just Kaepernick. Huffington Post wrote a letter to “Woke Brown Girl.” It highlighted “Woke Bae” as “The YouTube Show Every Guy On The Planet Needs To Watch,” merging two stupid word trends together. And, of course, there’s the new documentary titled, “Stay Woke: The Black Lives Matter Movement.”

Mostly it means you think everything on earth is racist, sexist, able-ist, some kind of ist. And if that is what it means to be “woke,” I’ll keep dreaming of a time when people “will not be judged by the color of their skin but by the content of their character.”

And speaking of ist… 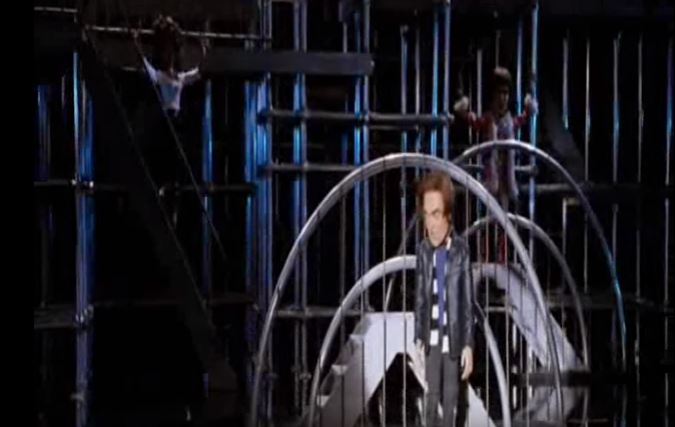 ‘Everyone’s A Little Queer’: Yes, that’s an actual Fusion headline, proving once more that Salon is no longer king/queen/zir/ze of lefty craziness. It’s been supplanted by Univision’s website Fusion, which would probably call me some sort of ist name for being normal. “Welcome to the new America: Straight-ish, heteroflexible, and pansexual,” we are told. It’s almost like, hop on board of the train to the New America will leave you behind. Oh noes, we won’t be hip unless we become LGBTQIAETC! (The first seven letters are actually legit.) It’s almost a case of life imitating art, with the whole article being an update to Team America’s “Everybody Has AIDS” song. The story is filled with terms like “this brave new world,’ “homoerotic subtext” and “sexual fluidity.” But liberals aren’t trying to totally disrupt normal human relationships or anything. Actual quote from Suzanna Walters, the director of the women’s, gender, and sexuality studies program at Northeastern University: “Of course increased fluidity and breaking down the binary categories is all to the good. Who would contest that?” A show of hands, please?

I’ll Take Scary Words And Phrases For $200: Nothing makes liberals throw around more hot air than Hurricane Hermine like scary words. The mere thought makes me want a storm shelter-like safe space. HuffPo culture writer Maggie Crum wrote how “Google’s dictionary results yield anti-woman example sentences, including ‘nagging’ wives and ‘conniving’ women.” OMG! The nightmare of “sexist disses.” Actual quote: “Other entries, collected by Kiah Nicholas and Georgia Patch under a campaign to ‘#redefinewomen,’ include ‘conniving’ (‘a heartless and conniving woman’), ‘flighty’ (‘her mother was a flighty Southern belle’) and ‘promiscuous’ (‘she’s a wild, promiscuous, good-time girl’).”  The dictionary critics or word players even bemoaned “rabid feminist” like they never looked in the mirror.

News Flash, Men Like Pretty Women: There are times I feel like some liberal sites forget they are part of the real world. They rail against things like fast food, showering and beautiful women as if they were leading a crusade, only to discover no one wants to follow. The rest of us are all too busy having dinner, being clean and noticing that men and women are attracted to one another. (Except, apparently, on the left.) So when the wacky, Hunter S. Thompson-like site Vice posted a photo essay about Israel’s women soldiers, liberals were shocked and awed. Instead of accepting a click-bait story for what it is, a chance to drive traffic with tasteful photos of young women, the left pounced. Alternet called it: “Vice Photospreads Present 'Girly, Teenage' Side of Israeli Occupation.” Anti-Israel nutball Max Blumenthal described it as a: “hipster reboot of laddie mag apartheid propaganda.” Actual quote: “Vice has run a bizarre, titillating photo spread of ‘girlish,’ ‘teenage’ Israeli soldiers that manages to be obtuse and borderline creepy at the same time.” If these photos bother lefty men, can you imagine the micro-aggressions they’d feel from watching cheerleaders, going to the beach or running into smart, pretty, conservative women who dare to disagree with them?