You will LOVE Rob Lowe's Christian Response to a Man in Crisis on 'You, Me and the Apocalypse' 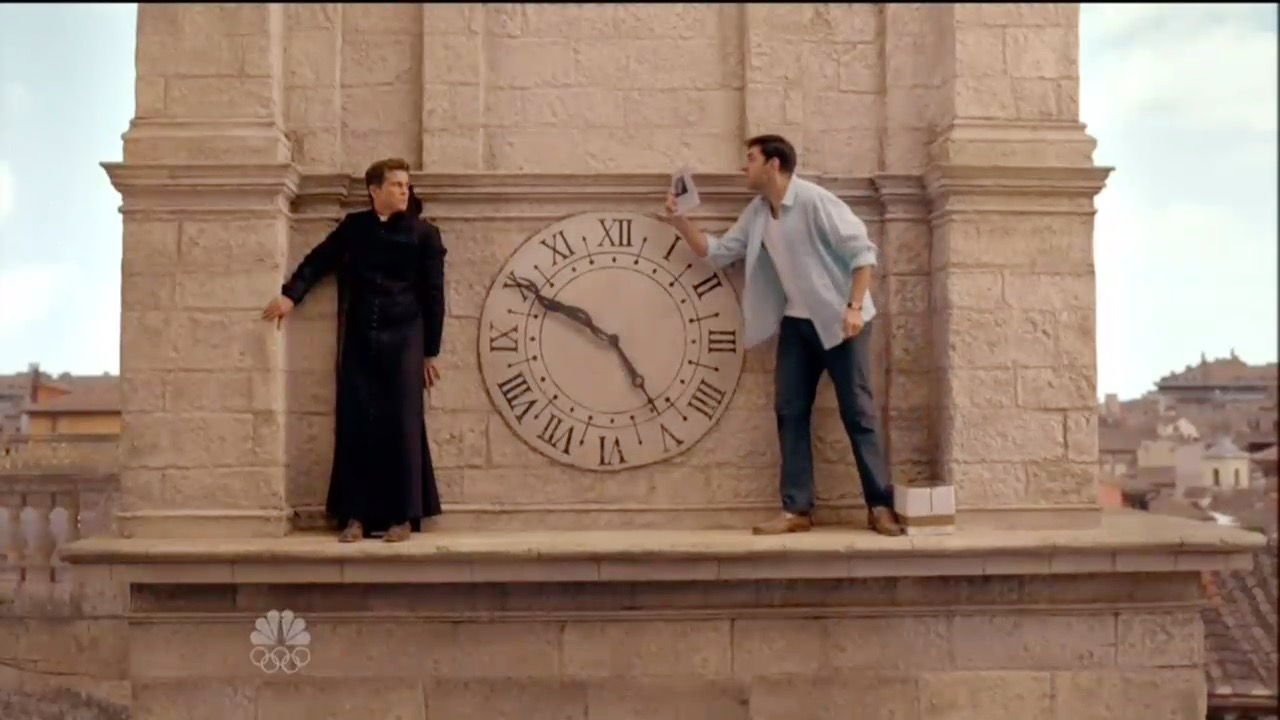 NBC's new show about the end of the world, You, Me and the Apocalypse, is a bit of a mixed bag when it comes to morality. In reality, much of the questionable material wouldn't be Earth shattering (pun intended) were the show on at a later time. But let's give credit where it is due first.

Bashing the Catholic Church is a standard theme in many TV shows these days. And this episode, entitled “What Happens to Idiots,” starts to go down that familiar path in a scene with a man on the ledge of a church clock tower preparing to jump. Father Jude, played by Rob Lowe, goes out to try and talk him down. The man is upset at the Church apparently covering up his sexual abuse. But Lowe offers to help and his response is one that most Christians have been saying for a long time.

-Giovanni: I want the world to know what the church did to me. What this man did to me. Nobody listened when I told them with a reasonable voice.

-Giovanni: You want to help?

-Fr. Jude: Give me some flyers.

-Giovanni: I say some pretty strong things about the church, too.

-Fr. Jude: The church isn't God, it's just people. Most of them are good, some not so good.

Father Jude is able to convince Giovanni to live for his children, after sharing that his own father had killed himself when he was 14 years old. Father Jude says that he was saved by God and tells him, “God spoke to me. He told me I mattered...Giovanni, you matter. And you are loved.” Powerful stuff!

We weren’t really sure how Lowe’s character would go after the premiere episode when Father Jude was introduced as crass and foulmouthed. But it looks like he is turning into a positive religious character who takes his role in the Church seriously and shuns another priest who only cares about publicity.

So that was pretty good. The next scene, not so much. Two characters, Leanne and Rhonda, are on the run from the police and end up in what they think is an abandoned hotel. Rhonda can't wait to take a much-needed bath. Leanne apparently has other needs.

-Rhonda: Oh, you didn't find any razors, did you? I look like a Sasquatch.

-Leanne: You don't think they still got the dirty channels on the TV? Ooh, 'cause I'm feelin' real tense. I could use me a little feminine release, if you know what I mean?

-Rhonda: Leanne, do you remember the conversation we had about too much information...

Over all, the show has potential to be both funny and thought provoking. But for an 8 PM show to go down some of these roads is a bit disturbing. Most young kids are still milling about the house at that time and shouldn't have to ask, “Mommy, what's a feminine release?”

You, Me, and the Apocalypse is just a bit too crass for primetime.