While much of the Tony Awards Ceremony was focused at either Trump or the actual Broadway plays, one of the nominees used the event as a reason to show her “celebration of Planned Parenthood.” Huffington Post reporter Jenavieve Hatch gushed over the star’s attempt to make her public appearance political. 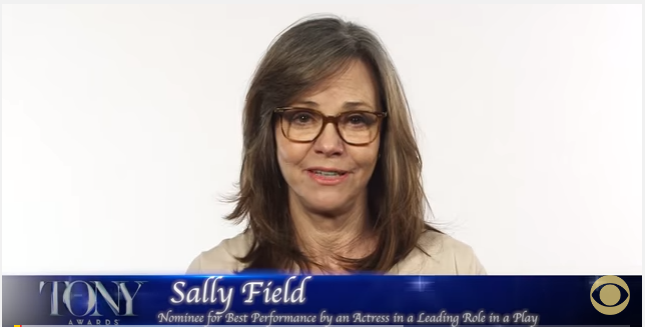 Sally Field, nominated for Best Leading Actress for her role in The Glass Menagerie, posted a picture of herself sporting a Planned Parenthood pin on her outfit.

And as if that wasn’t enough, she captioned her photo with: “Sick of hearing actors talk re politics? 2 bad I won’t stay silent while politicians attack our rights. Proud to #StandwithPP.”

Cecile Richards, president of Planned Parenthood, responded with a similar gesture to Sally Field. This should come as no surprise, since Field has expressed her unfailing support for the institution throughout this year, and has campaigned for the left both before and after the election of Donald Trump to office.

The actress was just one of many who chose to use the ceremony as a means of staying political and channeling their left-wing support for the trending thought known as #resistance. Following in the footsteps of Kathy Griffin, Chelsea Handler, Jim Carrey, and the rest, Sally Field is making sure that Hollywood’s position on Trump, Planned Parenthood, and abortion is crystal clear. 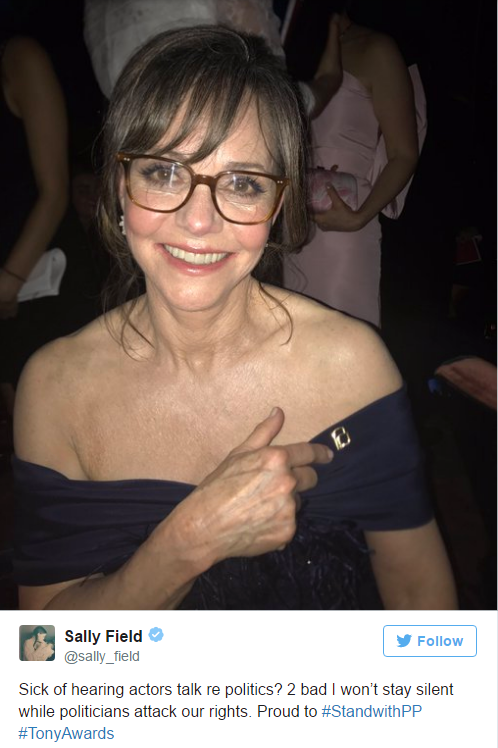