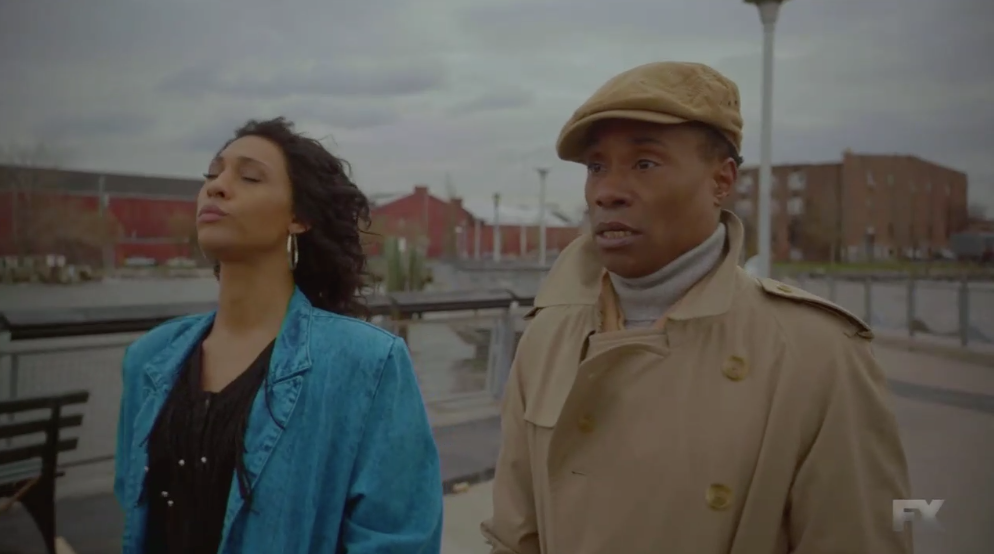 It was only a matter of time before a show centered on the LGBT community and AIDS in the late 1980s would push the myth that Ronald Reagan turned a blind eye to AIDs. Sunday night’s episode of FX’s Pose falsely claimed President Reagan “will not say the word ‘AIDS.’”

In the episode, “The Fever,” transgender woman Blanca (MJ Rodriguez) and Pray Tell (Billy Porter) lament the spread of AIDS in their community, decrying the number of young people engaging in promiscuous, unprotected sex while neglecting to get checked. In addition to Pray Tell announcing the untruth about Reagan, he adds, “The world wants us dead. They don't think this is a plague. They think it's some sort of divine justice or Darwin's answer for sodomy.”

Pray Tell: I stopped getting tested. After Costas got sick, and I saw how the AZT made him sicker. He's not the first. I know about five people where the drugs killed 'em before the virus did.

Blanca: But you don't know that.

Pray Tell: I know that Ronald Reagan will not say the word ‘AIDS.’

Pray Tell: Health insurance will not cover any treatments. The world wants us dead. They don't think this is a plague. They think it's some sort of divine justice or Darwin's answer for sodomy.

Maybe Blanca was trying to interrupt Pray Tell so she could tell him that Reagan actually did say the word ‘AIDS’ during a 1985 press conference, two years before this show takes place. Additionally, liberals constantly neglect the fact that AIDS funding skyrocketed during Reagan’s presidency from $44 million to $1.6 billion in 1988.

Yet later in the episode, Pray Tell states, “Baby, they don't want to cure it.”

Additionally, tonight’s episode had another transgender woman, Elektra (Dominique Jackson), finalize her plans for a sex change after one of her friends who had the surgery tells her, “I was ready for completion, my final stage. It's like I finally felt whole.” Elektra, who almost backed out of the surgery earlier in the episode after her boyfriend told her he likes her the way she is, decides, “I'm having that procedure done. I will be everything I was born to be.”

When Elektra is in the doctor’s office preparing to undergo the procedure, the doctor tells her, “I can only imagine the sacrifices you've made to be here, but it's never a bad decision to choose yourself. You will feel free. I've seen it with my own eyes. I marvel every time.”

It’s a common trope for TV shows to completely disregard the facts surrounding Ronald Reagan and AIDS and tout lies instead to push an agenda. Liberal TV ranging from Family Guy and Difficult People to MSNBC and Joy Behar have all pushed the false narrative. But as these shows time and time again prove, as long you’re expressing the right beliefs (Republicans = evil), facts don’t matter.