Trump-Appointed AG Asserts, 'All Lives are Not Equal,' Refuses to Punish Murder of Innocent Prisoner on 'Billions' 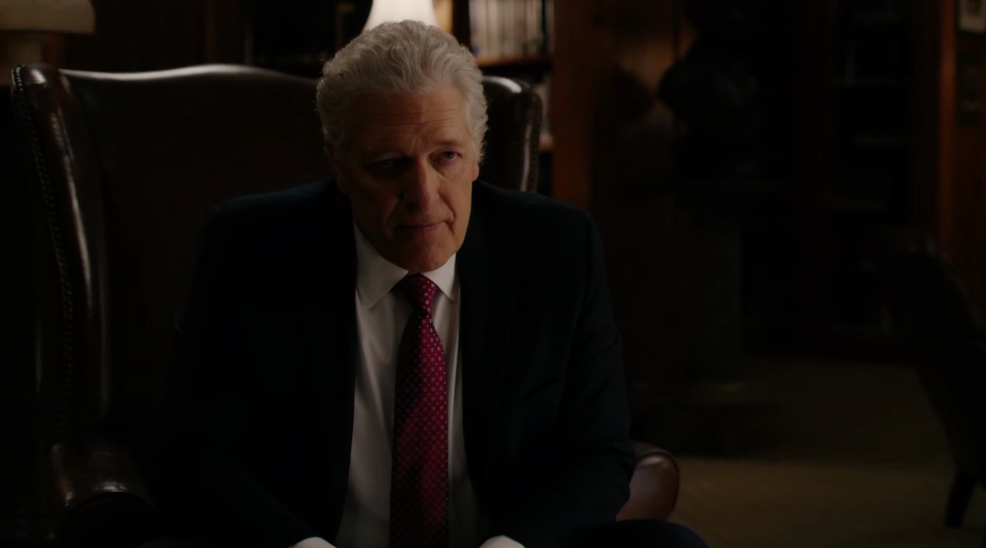 Showtime’s Billions can’t decide what type of show it wants to be. Google characterizes the show, “Wealth, influence and corruption collide.” Two episodes ago, U.S. Attorney Chuck Rhoades (Paul Giamatti) colluded with corrupt hedge fund manager Bobby Axelrod (Damian Lewis) to plant evidence in an innocent man’s house and put him in jail to cover up their own involvement in a company sabotage gone wrong. Yet when it comes to President Trump, all of a sudden Billions is all about doing what’s right and “mounting the resistance.”

In Sunday night’s episode, “Icebreaker,” Chuck and colleague Kate Sacker (Condola Rashad) wrestle with how to deal with the orders of Trump-appointed Attorney General Waylon “Jock” Jeffcoat (Clancy Brown), a Jeff Sessions parody, to prosecute the innocent José Lugo. A few episodes ago, Chuck and Kate learned that while Lugo was being held on drug charges, a federal prison guard viciously attacked him. Lugo killed the guard in self-defense. Despite this, AG Jeffcoat insisted that Lugo be prosecuted.

At the beginning of the episode, Chuck meets with AG Jeffcoat to discuss the prosecution. After the two of them shoot and kill a coyote (because conservative = hick who hunts), Jeffcoat tells Chuck, “José Lugo trial's starts in the coming week. Now see to it he gets the same treatment as this predator did.”

Later, we learn that Lugo was killed by guards while being transported: “His [Lugo] hands were chained, and yet they [federal prison guards] felt compelled to subdue him 'til they severed his spinal cord.” Chuck and Kate plan to prosecute the prison guards, but of course, Jeffcoat stands in their way, claiming, “all lives are not equal.” Despite Chuck and Kate attempting to use biblical references to persuade him, Jeffcoat insists that the two put on the façade of investigating the guards, but ultimately let them free, regardless of the findings.

Chuck: And that is why those guards must be punished.

Jeffcoat: Thought that might be where this was leading.

Chuck: They murdered that young man. And you said it yourself: Blood must be answered for with blood.

Kate: It's traditional. It's biblical. And it's just.

Jeffcoat: I like the way y'all are thinking, I do, but you might want to brush up on your ancient Babylonian. Old Hammurabi, he had different penalties for killing a property owner, Freeman, slave. You know why? 'Cause all lives are not equal. There are those that do more for society: Answer the call to serve, build things with their minds and their hands. And as for Lugo...That dead boy was a drug pusher. He wasn't doing anything for society but shredding it. Which is why you were prosecuting him. As far as I can tell, the only one that deserves death is this whole episode is already facing his maker, or burning in the other place. I don't know how swiftly justice moves in that realm, but up here in our jurisdiction, with regards to the guards on that transfer van, you will take your time, you will investigate thoroughly. And I am sure that when you're done, you're gonna find that those guards are telling the truth: That they were attacked by a resisting felon, a man you yourself charged with murder. And in my book, that is a clear-cut case of self-defense. And today, as in the traditions we have been speaking of, we don't do diddly about that, we just turn the parchment page and ease on down the road. Now, if you'll excuse me. My bourbon rental has expired. Ms. Sacker, you're a delight.

When Chuck and his wife, Wendy (Maggie Siff), discuss the incident later, Wendy asserts, “It's not enough to resist or not resist Jock anymore. You have to assassinate this motherfucker.”

Wendy: You know, you can still tell Jock to go fuck himself.

Wendy: It's not enough to resist or not resist Jock anymore. You have to assassinate this motherfucker.

Chuck: Yeah. I know. That's why I'm sitting here in the dark like an assassin.

Again, in case anyone who watches this show forgot, Chuck and Wendy framed an innocent man a few episodes ago to save their own skins. But when it comes to Trump, all of a sudden they’re paragons of virtue.

So apparently all artistic integrity can be thrown out the window just for the chance to join the masses of TV shows attacking the President and anyone associated with him.