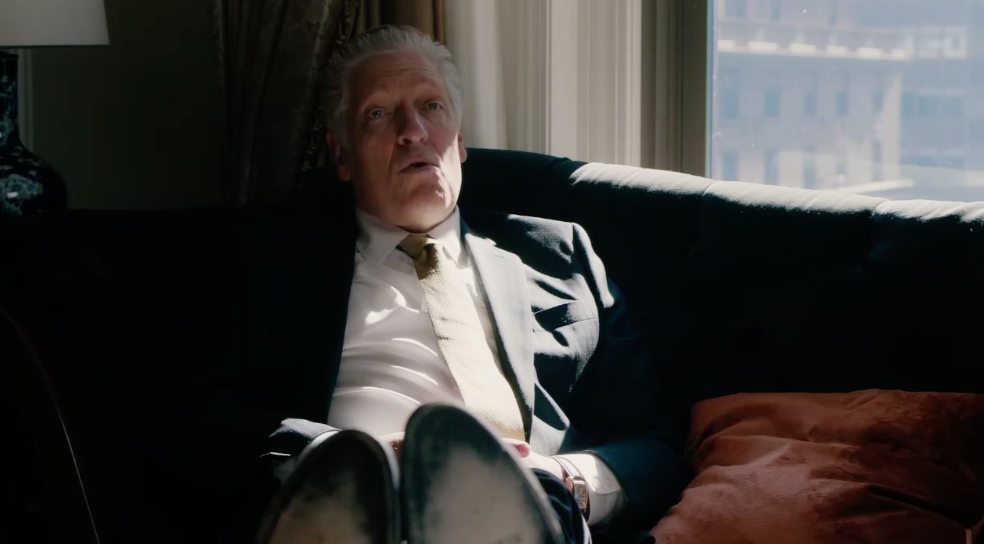 Showtime’s Billions, a show that traditionally shied away from getting too political, has tossed its hat into the ring and joined the tirade of TV shows attacking the Trump administration.

The third season premiere introduced Trump-appointed attorney general Waylon Jeffcoat (Clancy Brown), an evil, redneck Jeff Sessions parody who demanded that U.S. Attorney Chuck Rhoades (Paul Giamatti) refrain from prosecuting cases against Wall Street. In Sunday’s episode, “A Generation Too Late,” Jeffcoat demands that Rhoades prosecute an innocent man. As a result, Rhoades tells one of his colleagues: “We, the Maquisards, will mount the resistance. We will not let this son of a bitch define justice for the SDNY.”

Jeffcoat tells Rhoades to prosecute José Lugo, a convicted felon who killed a federal prison guard. However, after looking into the case, Rhoades discovers that while being held on drug charges, a federal guard attacked Lugo and left him with “orbital ridge fracture, teeth, internal bleeding, [and] splintered wood in the rectum.” Twenty-five prisoners backed up the statement and the other prison guards refused to go on record. “José Lugo is the kind of person we are here to protect,” another one of Rhoades’ colleagues states.

Yet Jeffcoat insists on going through with the prosecution. In case it wasn’t already clear which political party is being mocked, Jeffcoat sits in the dark, cleans his gun, and asserts, “The more your New York Times is blaring about Lugo's mistreatment, the more Breitbart is inflamed about a dead prison guard.”

Jeffcoat: You scheduled a press conference for tomorrow?

Rhoades: Not yet, but wise idea. Yes, given the wave of outrage at MCC and sympathy for the young man, I think it makes sense to tell them that we will not be prosecuting.

Jeffcoat: Yes. Tonight José Lugo is quite the cause célèbre. But we are most certainly prosecuting. I read different websites than you do, watch different shows. The more your New York Times is blaring about Lugo's mistreatment, the more Breitbart is inflamed about a dead prison guard. This case has national attention now, so attention must be paid. You savvy what I'm saying to you, Chuck?

Rhoades: You, uh, want to proceed with the prosecution? I don't know how cooperative the witnesses at MCC will be. Reading between the lines of that story, I think the warden—

Jeffcoat: Warden's been fired. But you got a good point. You got some leaks up there, either in your shop, the prisons.

Jeffcoat: Yeah, well, you'll do more than that. Where I come from, the dogs don't stop yapping, you don't just muzzle 'em. You hit 'em with a shock collar until they quiet up nice.

A lawyer who works under Rhoades, Kate Sacker (Condola Rashad), meets with him to discuss their strategy for prosecuting the innocent man. They bemoan the methods they must use: “Racial animus. Associate Lugo with the violence of his neighborhood. Imply unofficial gang affiliation through any friends or acquaintances with records or old charges. Tie this death to recent police violence, like it was payback.”

Sacker laments, “Is this how it's going to be now?” I wonder the same thing. Will conservatives be forced to suffer through TV show crusades against the Trump administration for the rest of his time in office?