The ESPYs Turns a Hero’s Tribute, Into an Anti-Gun Hit Piece 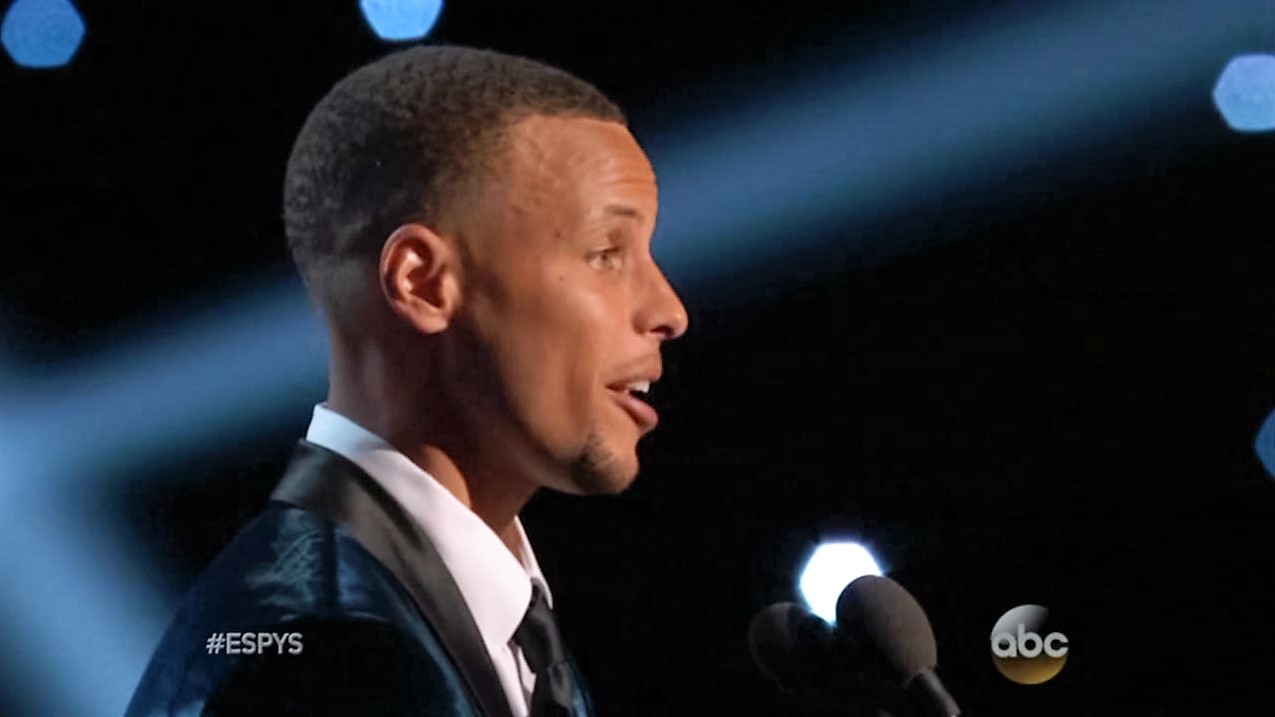 As we forewarned, ESPN took something right and beautiful, with this year’s Arthur Ashe Courage Award, and did it entirely the wrong way.

The award most appropriately and deservedly went to Zaevion Dobson. The Tennessee teenager who heroically threw himself on two teenage girls, saving them from a hail of gunfire. Only to tragically be struck himself, and killed.

However, trouble became apparent early as NBA star Steph Curry came out to present the award. Why is that troubling? Because Steph Curry was the featured face of the NBA’s partnership with Everytown USA and their gun control campaign.

And sure enough, Curry opened not with a stirring tale about Dobson and his heroic, yet tragically short life. Instead, he opened with something that could have come straight from the Brady Campaign’s research office.

And let’s face it, it probably did:

Curry: In an average year in America, more than 33,000 people die after getting shot by a gun. That's about 2,700 people every month, 600 people every week, and 91 people every day. Wherever you're from, whatever you think, whatever your politics are, what you can't forget is that every one of those people who died has a story. This is one of them.

I’m sure the next time the ESPYs honor someone killed in a boat, plane, car, ski, or swim accident, they’ll regale us with a cornucopia of numbers and statistics that show just how dangerous a life that is.

Yet, what followed Curry’s spiel was an incredibly moving and emotional tribute to a kid, who was evidently not just a hero, but beloved by all who knew him. Things were going so well, until, for the second time this week, President Obama appeared at a commemoration for a fallen hero, and pitched a gun confiscation agenda:

BARACK OBAMA: Zaevion gave his life to save someone else's. What's our excuse for not acting? We have to ask ourselves, is this the world we want our kids to grow up in? Are we going to just accept these tragedies as the price for our freedom and move on? It's up to all of us to build a country that’s worthy of Zaevion’s promise. That’s what we owe him. That’s what we owe all of our kids.

We have a country worthy of Zaevion’s promise, and the promise of every hero in and out of uniform who has given his life for it. Or, been such an amazing person that he gave it for someone else.

If Zaevion had a government worthy of his promise, then maybe the first Black President in the history of this country would have used his historically unique position, by now, to set an example for young black men. That would give them reason to believe that the American Dream exists for them as well, and that a life “worthy of promise” doesn’t involve living at the point of a gun.