I type these words knowing full well I’m allowing my heart to race ahead of my brain. But if your eyes and brains can keep up with my heart, I think you’ll see where I’m going. Hopefully. 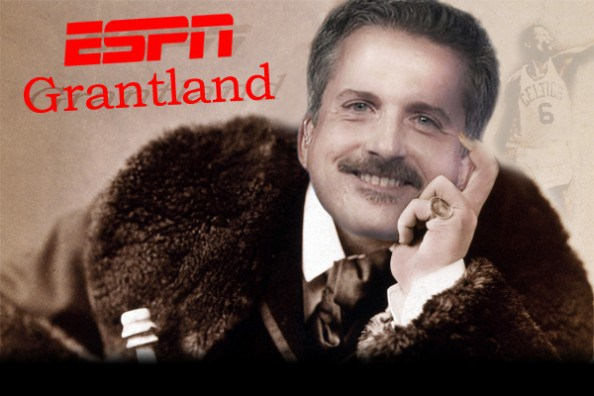 As ESPN said in its press release:

“Effective immediately we are suspending the publication of Grantland,” reads ESPN’s statement. It continues: “We have decided to direct our time and energy going forward to projects that we believe will have a broader and more significant impact across our enterprise.”

Grantland was one of ESPN’s affinity sites along with Nate Silver’s Five-Thirty-Eight, and the still yet to be fully developed Undefeated. But though we bury Grantland today, it actually died months ago when ESPN parted ways with its inspiration Bill Simmons.

“Grantland, even after it staffed up, was always a Bill Simmons joint. The sportswriter, who rose over the years from Boston-famous blogger to national bestselling author and broadcast personality, created Grantland and infused it with his own interests. The site was known for sports-related content but was by no means only a sports site—it ran stories on pop culture and, generally, anything that interested Simmons.”

All true. Creating an entire online entity around a single personality is a risky thing. Also, engaging in high-brow, long-form sports journalism in a day and age where opinion is free and cheap and most people only read the headlines was probably not a winning idea.

But what about the last part of that statement? “The site was known for sports-related content but was by no means only a sports site -- it ran stories on pop culture and, generally, anything that interested Simmons.”

Indeed, Grantland also had movie/television critics and was more than willing to wander off the sports reservation, to the point that they outed a transgender golf inventor who was trying to keep her transgender identity a secret, tragically resulting in that inventor’s suicide when her truth became known.

But put that statement about Grantland’s pop culture focus together with the quote from a highly-placed ESPN source in this tweet:

Senior ESPN source: "We're getting out of the pop culture business." https://t.co/dWNvwRwALb

Hmm. Is this ESPN merely shutting down Grantland? Or, is this the beginnings of a culture change at “the worldwide leader,” that will result in ESPN actually attempting to do its job and sticking to sports?

“Mike Soltys of ESPN public relations took to Twitter to clarify that some of the sportswriters will stick around and be used on other ESPN properties. But Grantland had a number of staff writers who did not focus on sports, and those writers will be let go.”

So, the “worldwide leader in sports” is going to ditch its pop culture guys and only keep its sports guys? What a novel idea for a “sports” network.

Make no mistake, ESPN likely, no, ESPN definitely supports and stands behind every wack-a-doo leftist take from every one of their leftist wack-a-doo personalities. Trust me on this.

Case in point, ESPN has still not suspended Tony Kornheiser for comparing Tea Party Republicans to ISIS. Why? Because they see conservatives the same way Kornheiser does.

But you can get rid of Grantland without making declarative statements like “We’re getting out of the pop culture business.” Saying that signals a much deeper meaning than saying “Bill Simmons was a real tool, and he’s basically stealing all of our writers. So we’re shutting this puppy down.”

Look, I’m not saying conservative backlash against ESPN resulted in the network’s decision to stop trying to be MSNBC with highlight reels. Though, it could have played a part. But, do conservatives have to have caused this in order for it to be a conservative victory?

Isn’t any forced retreat by ESPN from pop culture and the world around sports, back into the “toy department of life” a good thing? Five months ago Bill Simmons’ firing in part spelled doom for his brainchild Grantland. Five years from now, if ESPN outright is maybe only half as obnoxiously liberal as it is now, will we be able to look back and say that it all started today? When Grantland went down?