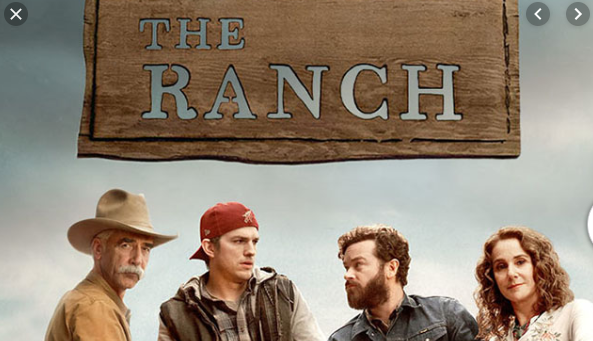 Shows that start out as a safe haven for people tired of liberal junk on television frequently can’t resist ending up spewing left-wing talking points. So it is with Netflix’s The Ranch which, in its eighth and final release on January 24, gave us a speech on gun control and a character who inexplicably turns gay in middle age.

There were still a couple of jokes for conservatives, but it felt like pandering rather than creating a show that might appeal to the half of America that doesn’t fall into lock-step with Hollywood. Meanwhile, the plot points drove home a liberal agenda. Maggie (Debra Winger), the erstwhile Bennett family matriarch who has divorced her husband and left Colorado to take care of an ailing sister, was always the token hippie on the show, but there was always a gentle banter in the early years. She’s back now, and the tone is decidedly nastier.

It got downright awkward when Maggie lectured her ex-husband Beau (Sam Elliott) about guns (something they used to enjoy as a family) in episode 7 "What Was I Thinking?" She's decided to turn all her guns into the police department and encourages him to as well, "How many guns do you really need?"

MAGGIE: Okay, we were a family that shot guns together. We had a Christmas card. We're all holding them and  it said "all we want for Christmas is our Second Amendment."
BEAU:  That's still my favorite. So, I don't understand what's changed.
MAGGIE: Me. I'm sick of it. I'm sick of people saying they need an assault weapon to defend themselves and  I'm sick of turning on the TV and seeing another mass shooting. Beau, why aren't you fucking sick of it?

The thing about these anti-gun talking points is that they're wrong. Liberals don't just want to take "assault rifles," they hate all guns. Plus, they ignore the fact that, since gun ownership has gone up in America, violent crime has gone down. Why bother with facts when they can throw this stuff into television shows and convince people it's true?

Meanwhile, Maggie is only back in Colorado to visit and sell her business before moving to Florida permanently. She’s going to liquidate everything and move into a commune, into whose coffers her life savings will go while her family is struggling to keep a roof over their heads back home. Part of the reason she’s decided to stay in Florida is because of this new communist lifestyle (at least she’s choosing it, unlike the millions of people murdered under communism in the real world), and part is because she’s met somebody. This somebody is, of course, a woman. Suddenly, in her 60s, she’s attracted to women, although she doesn’t want to put a label on it and call herself a lesbian.

It's a shame. A show that started out so unique and promising ended with the same liberal bias you see everywhere else on TV.