Happy Thanksgiving: Four Shows We Are Thankful for in 2019 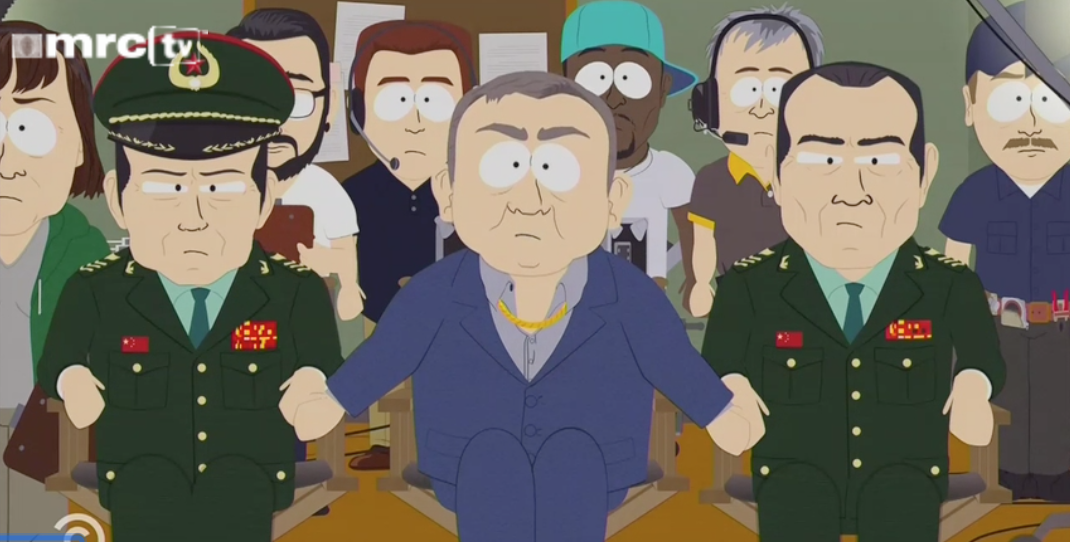 Television can be something of a wasteland without much for us to celebrate, so it makes us even more thankful for the shows that portray a conservative message. It's nice to see our values represented, and we are grateful to these shows for making that happen, even if they're not always all that friendly. As Thanksgiving approaches, here are 4 shows that conservatives can be thankful for from this fall season.

First up, we have Bull, which had a storyline showing exposing some harsh truths about abortion. When character Chunk's college-aged daughter Anna gets pregnant as a big opportunity enters her life, he assumes he's going to be a grandfather. Anna tells him she's actually getting an abortion at her OB-GYN's office, and Chunk is shocked that they'd perform them because "it doesn't make sense" for a doctor who brings babies into the world safety to be the same person who can end their lives before birth. He's right; it doesn't.

In a later episode, he tells her that "deep in my heart, I know this [abortion] is wrong." Of course, this is still network television, so Chunk ends up goes with Anna as she gets an abortion, but waits across the street. The story doesn't end there, though. Shockingly, they show the emotional aftermath an abortion leaves behind. Abortion advocates would like us to think it's just a quick procedure and then it's over, but the truth is that it's devastating to women. In this scene, we see Anna break down.

Chunk: She'll be down in a minute. Uh, doctor's appointment. She's nervous. Nervous. (Sighs) Uh, excuse me. Any way we can put this barrier up, here? Just for privacy? (Window whirring) Thanks.

Chunk: Yeah, he lent it to me. You okay?

We would obviously prefer a storyline in which Anna chose a more loving option, whether that be keeping her baby or putting it up for adoption. For network television, though, it's something of a triumph that they exposed a few things that the abortion industry would rather keep quiet.

An honorable pro-life mention goes out to God Friended Me for supporting adoption, Silicon Valley for showing the humanity of unborn children, and The Good Doctor for showing what a mother will do to protect her unborn child. We're not sure all of these shows meant to share a pro-life message, but we're grateful that they did.

While that storyline in Bull was an important one, it was also very serious. We also need the storylines that make us laugh, like when reality meets fiction in South Park's episodes about China. Their October 3 episode "Band in China" illustrated how Hollywood kowtows to Chinese interests - and the horrific record China has on human rights.

On the show, the kids at South Park Elementary have formed a band, and a documentary film crew is following them to make a new film. In this scene, they're talking with their principal but the Chinese monitors keep censoring them.

Mr. Mackey: Boys, I understand you've got a band here at the school?

Stan: Yeah, what's wrong with that?

Stan: Yeah, because I hate living on a farm 30 miles outside of town!

Stan: I can't stand my dad anymore! And if I want to do death metal, I can! It's a free country!

Producer: Cut! Cut, cut! Cut! Uh, kids, let's not say anything about this being a free country.

Producer: Hey, these guys were nice enough to come all the way from China to help us with our standards. We can at least listen to their notes. Oh. Oh, ok-- okay, okay. Actually, gang, when need to rewrite the whole second act.

Producer: Come on, guys. Everyone else is fine with China approving our entertainment. Even the PC Babies don't seem to mind. And PC Babies cry about everything!

They were a little too accurate, and China responded by banning the show. True to form South Park doubled down instead of apologizing. They aired another episode, mocking LeBron James for his response to the NBA/Hong Kong dust-up.

South Park isn't the only show making us laugh, Family Guy has been cracking us up, too. First, a bartender tells a transgender woman that he didn't realize she was transgender but, now that he knows, "Do whatever you want all the time." The very next week, toddler Stewie got a participation trophy. His heart was broken when he found out he didn't earn it, crying, "This is a wall of lies. And that's a hole of lies. Everything I've ever won is worthless."

But it was their October 21 episode, "Disney's the Reboot" that hit the ball out of the park. While poking fun at the way in which television just keeps getting smaller as companies buy each other out, we find out that Family Guy itself is being rebooted as a feminist story.

Peter: Good morning, goddess. You know, I just want to say again that you were totally right last night to bring up that thing I did wrong 11 years ago. And please feel free to bring it up again anytime, even if we're talking about something completely unrelated.

Lois: Thank you, Peter, I will.

Lois: Oh, hello, gay couple who's constantly jogging. What are you up to this morning?

Joe: Yeah, we're network TV gay, so all we can do is adopt children and pucker-kiss, no tongue stuff. -Isn't that right, sweetie?

Lois: Well, I'm off to my high-powered job at a fashion magazine, greeting card company or winery. I can't wait to see which.

While Family Guy was busy poking fun at the left, NBC's new comedy Sunnyside was busy celebrating America. The show follows a group of immigrants as they work towards citizenship in America. In the pilot episode, they talk about why.

Hakim: "Because America is the best. Here, anything is possible. Eh, so what I have to fill out some papers, drive a cab, leave my Jet Ski back home-"

Garrett: "Oh, man, that sucks you had to give that up."

Unfortunately, the show isn't reliably patriotic and was canceled, but we're glad they reminded viewers just why we should be grateful to live in America.

The shows and episodes that represent the views of half of America are few and far between, and we are grateful for them. Here at NewsBusters, we wish you and yours a very happy Thanksgiving!