Fresh off the announcement that Loki is gender fluid, the Marvel Cinematic Universe (MCU) has now officially made the character bisexual, to the delight of LGBTQ activists in and outside the media.

Loki’s coming out of the closet came in the third episode of the eponymous Disney+ show, which was released on Wednesday and titled “Lamentis.”

In the episode, Loki (Tom Hiddleston) and his variant Sylvie (Sophia Di Martino) are stuck on a moon that is about to be destroyed and must team up to escape. In one scene, as the two travel on a train, the conversation turns to their pasts and that’s when the big bisexual reveal occurs.

Sylvie: How about you? You’re a prince. Must’ve been would-be princesses. Or perhaps another prince.

Loki: A bit of both. I suspect the same as you. But nothing ever…

Yeah, it really wasn’t much, but everyone involved was extremely excited about it and the media raved about how historic it was.

Director Kate Herron tweeted, “From the moment I joined @LokiOfficial it was very important to me, and my goal, to acknowledge Loki was bisexual. It is a part of who he is and who I am too. I know this is a small step but I’m happy, and heart is so full, to say that this is now Canon in #mcu.” 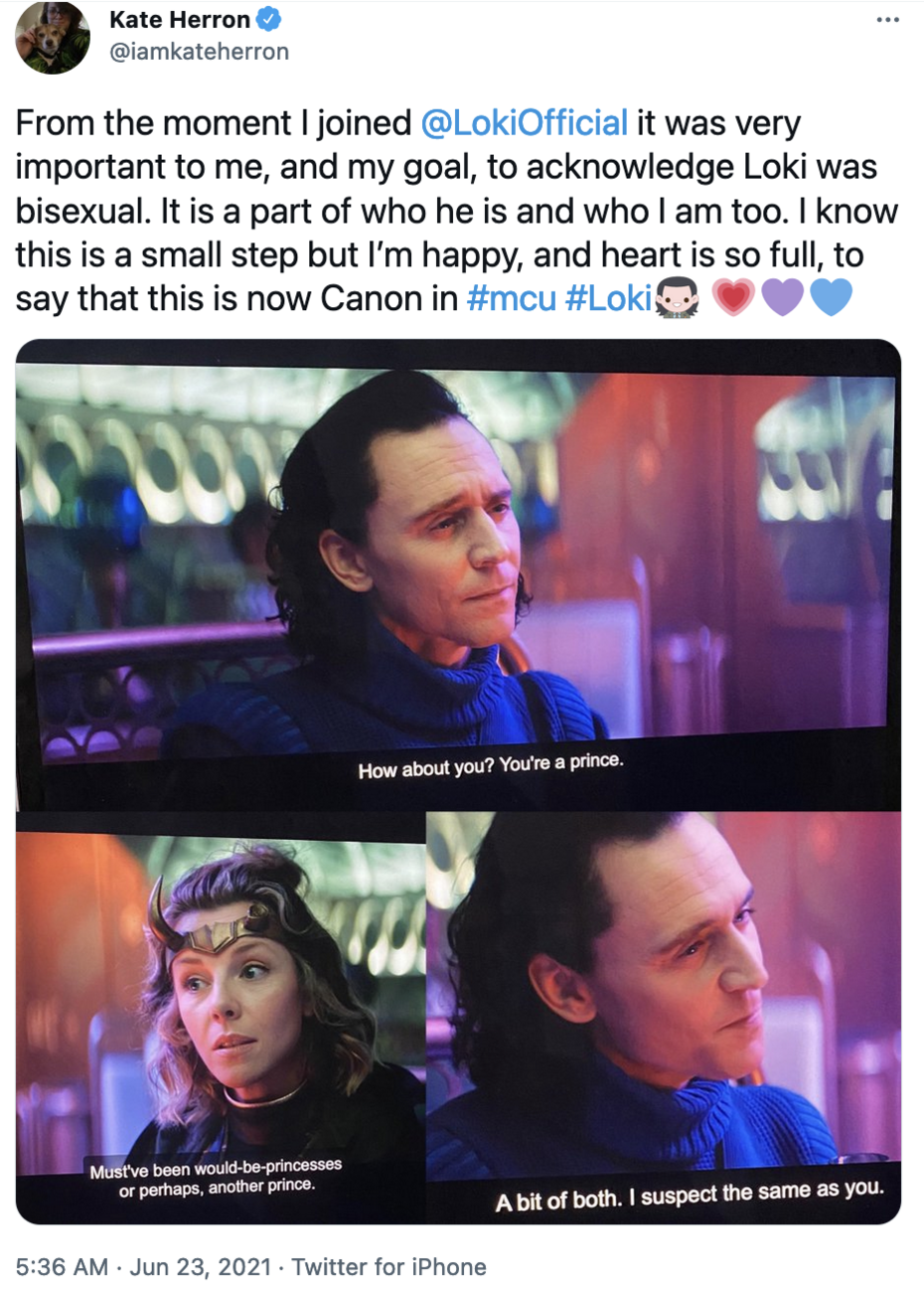 Di Martino retweeted Herron with the words “And look at that beautiful lighting,” with red, purple and blue hearts, which several sources identified as referencing the colors in the bisexual flag, because there’s a flag for everything.

Apparently, in the comics, Loki is pansexual and gender fluid, but that’s separate from the MCU, which LGBTQ activists have been pushing to get woke for years. Finally, they got their wish and the joy was palpable. 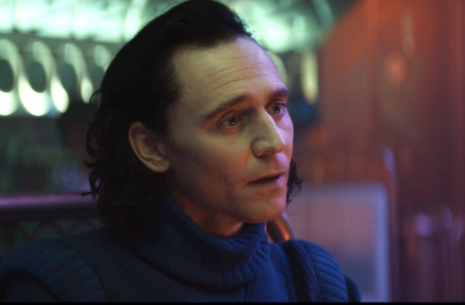 The Hollywood Reporter called it a “significant step forward for the MCU” and AV Club agreed that “his queerness is a major deal for MCU fans.”

“This is a big step for the MCU, which has for years been called out for its abysmal track record when it comes to LGBTQ inclusion,” said the L.A. Times. TV Line concurred, “The acknowledgment of Loki’s bisexuality feels particularly notable given the MCU’s glaring lack of LGBTQ representation.”

Variety was less enthused: “On ‘Loki,’ the Marvel Cinematic Universe Finally Gets Its First Major Queer Character — But Should We Be Celebrating?” They noted, “[I]n 2021, it feels a bit odd to be celebrating this fleeting acknowledgment as a milestone in queer representation when there are so many other examples of superhero TV shows embracing it.”

Agreed. LGBTQ propaganda is EVERYWHERE, it hardly needs to be further celebrated and encouraged, especially on Disney+.