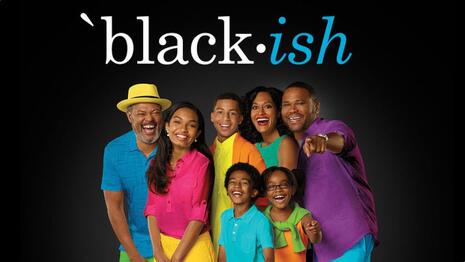 We all know who those in the industry are backing this year, but Hollywood is getting even more overt in their scripted television programing this election season.

On Tuesday, it was announced that the ABC sitcom black-ish would air a two-episode election special on Sunday, October 4, at 10pm eastern. So eager are they to get in their two cents that "Election Special Pt. 1" and "Election Special Pt. 2" will air ahead of the show’s seventh season premiere date, which has yet to be announced, but is expected to be on a Wednesday late in October.

The back-to-back episodes will follow the Johnson family as they prepare for the upcoming presidential election. In the first episode, Junior is ready to vote for the first time but finds his name has been purged from the voter rolls, “so he does a deep dive into why — trying to understand the systems in place for voter registration.”

In the second, Dre finds himself involved in a political campaign when a co-worker decides to run for Congress. “Dre enlists his family’s help and campaigns against him, but gets caught up with fundraising and private interest groups.” The second episode will be animated, with Oscar winner Matthew A. Cherry (Hair Love) set to direct.

The first episode will be one after "Governor" Stacey Abrams’ own heart, I’m sure. While there is a long, shameful history of disenfranchising black voters in the Jim Crow-era, more recent examples held up as racist voter suppression by Republicans have been debunked. And don’t forget, African Americans tend to live in areas in which the elections are controlled by Democrats, so any problems can be laid at the feet of that party’s local leaders.

The second episode could go off in many directions, but some likely targets include complaints about Citizens United, Koch money, and the power of the NRA.

In the past, the liberal sitcom about a black family based in Los Angeles has made it clear that “Black people aren’t Republicans,” America “hates” black kids, and “the police are damn thugs.” They’ve also gone after President Trump directly, saying, “A vote for Trump is a vote for racism,” while recently releasing an episode deemed too controversial to air in 2018 that told an allegory of Trump as a “scary,” “shady king.”

Blackish star Anthony Anderson (Dre Johnson) has a history of bashing conservatives and praising liberals while his on-screen wife Tracee Ellis Ross (Bow Johnson) is well known as a liberal.

Back in June, in the wake of the George Floyd protests, ABC announced it was putting black-ish on the fall schedule after previously slating it for a midseason return. ABC Entertainment President Karey Burke signaled the show’s intentions to be even more politically active this season:

“black-ish has a long-standing history of shining a light on current events and honoring Black voices through the lens of the Johnson family. After speaking with Kenya and our creative partners, we decided it was important to tell these meaningful stories during this moment in time, so we are adjusting our premiere schedule and are committed to doing whatever it takes to bring this series back as soon as we possibly can.

“Following recent monumental events, it’s imperative that the dialogue continues and empowers viewers to raise their voices,” Burke added, “and there is no other show that does that like black-ish.”

Just what everyone was hoping for - MORE politics in our entertainment! Thanks, ABC!