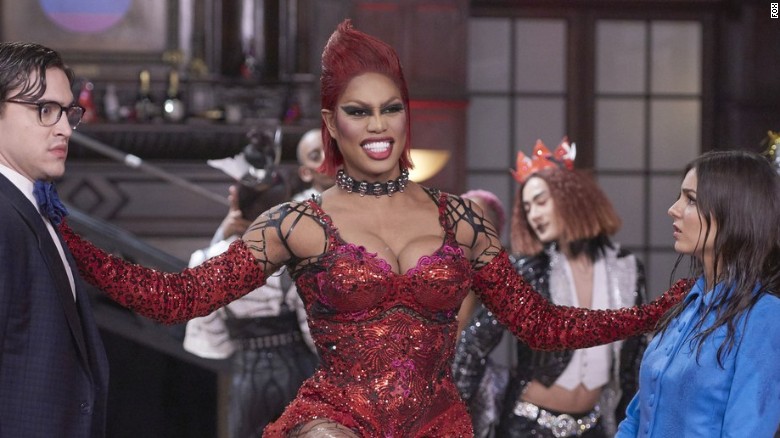 What was Fox thinking airing The Rocky Horror Picture Show: Let's Do the Time Warp Again, a remake of the 1975 musical/comedy/horror cult classic, at 8pm eastern?

I mean, this is a musical that has its virgin character seducing a Frankenstein sex monster singing, “Toucha-toucha-toucha-touch me, I wanna be dirty.” Is that what you want to hear kids singing at school tomorrow? There is a reason the original was rated R and relegated to midnight showings for college students. But this version was brought to you by the same people kids watch all day: It’s directed by Kenny Ortega, of Disney’s High School Musical fame, and features Nickelodeon and Disney stars Victoria Justice and Ryan McCartan, respectively, as Janet and Brad.

For those who don’t know, The Rocky Horror Picture Show is about an innocent, recently engaged couple (Janet and Brad), who knock at the door to a castle after their car breaks down in the rain, only to find a convention of gender-bending alien weirdos experimenting with their sexuality and they decide to join in. Obviously this is wildly inappropriate material for minors - and most people, really - to begin with, so I don’t know how this remake got off the drawing board at Fox.

Another crazy Fox idea: The main character is a bisexual transvestite scientist named Dr. Frank-N-Furter, played by Tim Curry in the original film, in Fox’s version, he is played by transgender actress Laverne Cox. So, audiences were subjected to watching a transgender singing, “I’m a sweet transvestite from Transsexual, Transylvania,” in lingerie with cleavage hanging out shimmying and grinding up against anyone, man or woman, who danced past.

Some things were toned town from the film, the murder was quick with little blood, the cannibalism seemed to have been overlooked, and the sexual situations didn’t go quite as far and were slightly less rapey. But there’s still the fact that you had a transgender “woman” in bed with Janet, and then with Brad, ultimately dressing him in drag, too. There was also a gratuitous tongue kiss between Frank and Brad, and Brad and Rocky make an intimate sandwich out of Janet in the pool.

What does it say about the state of our culture that all this was considered wild and transgressive in the 1970s but is now fine for a mainstream broadcast television event in 2016? It’s just a huge jump to the left, and then no steps to the right...

Let's NOT do the time warp again.