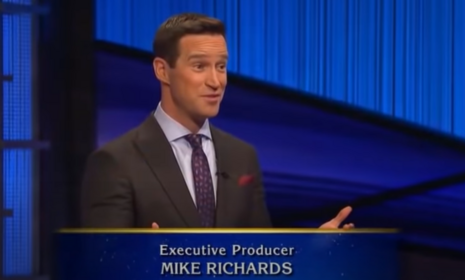 Jeopardy! has possibly found a new show host to replace Alex Trebek. According to reports, Executive Producer Mike Richards is in “advanced negotiations” with Sony Pictures Television, but he has two fatal flaws. He’s white, and he’s a male.

This obviously means that no matter what Richards' qualifications are for the position, it’s just his "white privilege" that got him there. Or at least that’s what the left-wing celebs who fangirl over critical race theory want you to think. They immediately came after Richards because he seemingly beat out one of the other potential candidates for host, LeVar Burton.

Tanzina Vega, and American journalist who reported for The New York Times and CNN had this to say about Richard’s new gig: 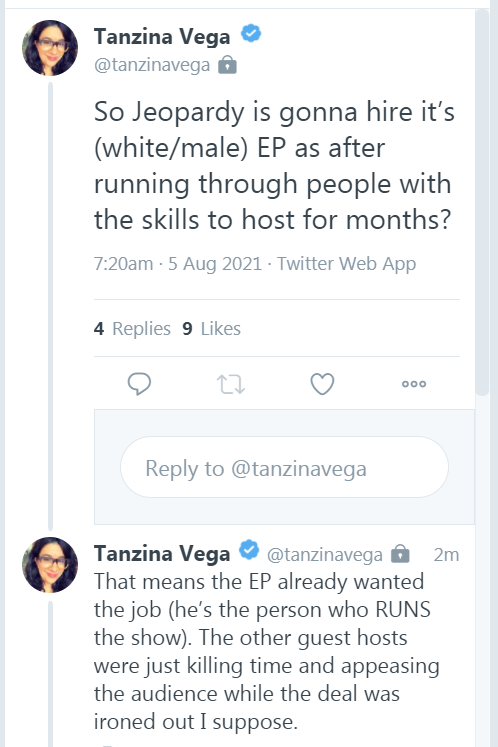 The lefties are all about diversity until it comes down to a white man getting a promotion. Richards hasn’t even officially taken over the position and people are already screaming about how offended they are.

Critical race sociologist Crystal M. Fleming has made a career of complaining about skin color and twisting events to make them all about racism so that she can profit from it. She of course had something to say about Richards:

The Jeopardy gig going to the inside candidate (who is actually the white male executive producer of the show) while they brought in a bunch of “diverse” guest hosts for appearances is basically the academic job market.

BLM activist and author Meena Harris treated Jeopardy's decision as it was some sort of attack on Burton, tweeting out “JUSTICE FOR LEVAR BURTON.” Author Luvvie Ajayi Jones felt the need to chime in with her own insults towards Richard’s skin tone as well, along with a few more blue checks who spend their time crying on Twitter instead of making real contributions to society.

YALL COULD HAVE A WHOLE ICONIC LEVAR BURTON BUT YOU PICKING CHAD MCWHITERSON FOR... WHAT???https://t.co/Ks2I7ymhYi

— Luvvie is the #ProfessionalTroublemaker (@Luvvie) August 4, 2021

“why did you choose Mike Richards?”

If SONY is going to play this game and hire the inside guy they knew they were going to hire to host Jeopardy after acting like they were going to entertain a diverse candidate, then I'm going to need SOMEBODY'S network to give @levarburton his own educational quiz/game show.

This is the party of 'acceptance' for you.