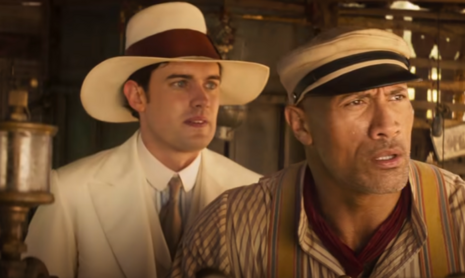 Gay Pride Month may have ended in June but Disney’s push to indoctrinate your children with LGBT propaganda has just begun. It’s new movie, Jungle Cruise, features a scene in which the actor Jack Whitehall’s character comes out as gay. During an interview Whitehall told reporters that he is “proud” and hopes that this scene means a lot to the “LGBTQ kids.”

In 2019 Disney placed one of its “first” openly gay characters into a children's television show called Andi Mack. It has been a downward spiral since then with seven different films featuring LGBT characters in the past two years. Each time Disney creates a new woke character they feel the need to make a special announcement about it because our culture is a never ending battle of who can pander to the leftists more. Most recently they decided to identify Loki as “gender fluid” and also bi-sexual.

Whitehall admitted during his interview that when he auditioned for “McGregor” in the film it wasn’t obvious that his character was going to be portrayed as a gay man. “When I first read the script, there was only like a couple of sides. So yeah, there wasn’t any indication of that. It was quite a long casting process,” he told Yahoo Entertainment.

Jack Whitehall opens up about playing a gay character in #JungleCruise, teasing a "significant scene in the movie" that was "thought about and talked about a lot" behind the scenes. pic.twitter.com/AL8RjJScsL

The movie is set to be released on July 30, but according to reports “McGregor” does not use the word “gay” during his coming-out scene. When asked about this Whitehall stated that “you might have to ask Michael Greene that question, but I think there is a very significant scene in the movie and I think it was a really well written scene and one that we certainly thought about and talked about a lot.”

“I hope that it’s a scene that audiences enjoy … I certainly felt at the time that I was proud of the work that we’d done.” Whitehall added. The interviewer from Variety then stated that “it will mean a lot to LGBTQ kids,” to which the actor replied with “yeah, I really hope so.”

During this scene “McGregor” tells Dwayne Johnson’s character that he has been engaged to three different women and ended each of the relationships because his “interests happily lay elsewhere.” Emily Blunt plays his sister in the film who supports “McGregor” when their family members refuse to accept him for “who he loved.”

While Whitehall himself is not gay, this movie is just another example of how the “queer creators” are seeping further and further into the entertainment industry. This is a PG-13 rated film, children are barely hitting puberty at that age and Disney seriously thinks that the children are the ones who will be appreciative of this.

Disney is running out of marketing tactics, you can only bend your knees for the left so far until they break.