There are few issues actress Susan Sarandon hasn’t been on the wrong side of over the years, and age doesn’t seem to be slowing her down. 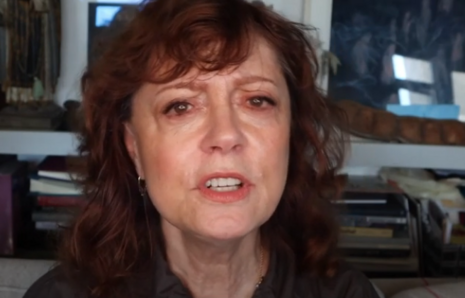 On May 26, Sarandon posted a typically ignorant and sanctimonious tweet on the Hamas-Israel violence:

I stand with the Palestinian People fighting against the apartheid government of Netanyahu and pray for the Israeli people that they too, will enjoy peace. I also support @bellahadid for having the bravery to stand in solidarity with her people. That can be lonely.

Yes, it sure is lonely joining celebs like Rihanna, Viola Davis, Dua Lipa and Roger Waters in slandering Israel.

The claim that Israel is an “apartheid” government is completely false and is being perpetuated over and over again, especially by social media influencers and celebrties. It’s no wonder why Jewish hate crimes across the country have been on the rise.

The truth is otherwise.  Israel accepts all kinds of people no matter their beliefs. Many cities in Israel are mixed culture and consist of Jews, Muslims and Christians. Yoseph Haddad, CEO of Together Vouch for Each Other and a former officer in the Israeli Defense Force, often discusses his experience serving as an Arab officer. “They say Israel is an apartheid country, yet Arab officers in the IDF give orders to Jewish soldiers. One of my commanders was an Arab.” He previously stated in an interview on the topic. 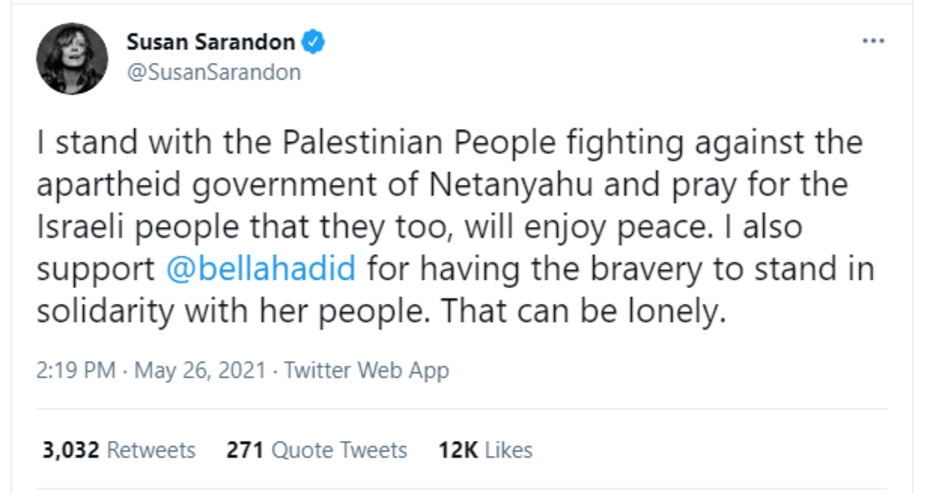 Hollywood bigwig Haim Saban, who is also a Democratic Party megadonor and was raised in Israel, recently criticized Hollywood stars for commenting on the Israeli-Arab conflict of which they “have zero understanding.” During an interview with The Hollywood Reporter, Saban emphasized that “Misinformation spreads like wildfire in our digital era, and unfortunately blatantly distorted, one-sided memes, posts and images paint a completely false picture of the situation in Israel and Gaza. Whether in Hollywood or elsewhere, uninformed influencers should refrain from posting inflammatory information about issues they don’t understand.”

Marty Singer, a Hollywood lawyer who specializes in protecting stars' reputations, admitted that many celebrities won’t attend events that benefit Israeli conflicts because they fear being “attacked” by the leftist mob. It's a shame that people allow fear to run their lives.

The conflict in the Middle East has long been a topic of discussion for Hollywood stars who feel the need to constantly voice their opinions. Sarandon and Hadid are definitely not the first. It would be nice, though, if they were the last.