Writing for Salon, political theorist Sean Illing dismissed wealthy people as entitled and vile, primarily using the California drought as an example. The headline of the article reads, ‘Rich people are the f**cking worst: The 1 percent’s vile new war on us all’. Illing started his piece with the ominous statement that rich people “rarely tell 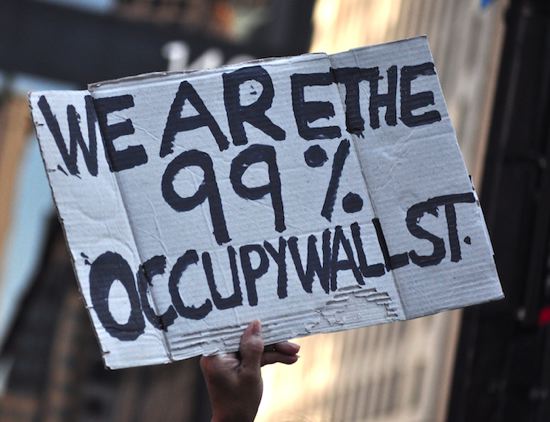 you how you how they really feel about poor people.”

The author then went into some detail about a well-off area of California, Rancho Santa Fe, where he suggested the rich view conservation of resources as “someone else’s problem, namely poor people.” Illing then used a bit of anecdotal evidence – citing a few comments from residents in the area – to prove his point.

The author claimed that the people of Rancho Santa Fe “are a microcosm of America today, particularly corporate America.” Illing elaborated further:

What these people exhibit, apart from their smugness, is a complete absence of any sense of collective responsibility. They can’t see and aren’t interested in the consequences of their actions. And they can’t muster a modicum of moderation in the face of enormous scarcity. Every resource, every privilege, is theirs to pilfer with impunity. These people are prepared to endanger an entire ecosystem simply to avoid the indignity of brown golf courses; this is what true entitlement looks like.

Getting back to his main point, the political theorist suggested that it’s not poor people who are entitled, but rich people:

The wealthiest Americans – and their apostles in government – tell us that it’s the poor people who are entitled, who take and exploit and keep more than they deserve. But that’s a half-truth, and a dangerous one at that. Entitlement has many faces, the most destructive of which is on display in Rancho Santa Fe. These adolescent upper-crusters are entitled because they believe they have a right to everything they can get hold of – regardless of the costs. They believe living with others carries no obligations. Anyone who places their right to pristine golf courses above their responsibility to respect communal resources is a social toxin, a privileged parasite eating away at the foundations of society.

Turning his focus more directly to climate change and income inequality, Illing claimed that the 1 percent are unwilling to sacrifice for the greater good:

There’s a lesson in Rancho Santa Fe and in California more generally. What’s happening there foreshadows our future. We’re confronted with crises on a number of fronts. From climate change to economic inequality, our institutions – and the people controlling them – are failing us. Changes are necessary, but a segment of society (the 1 percent, we’ll call them) is unwilling to sacrifice; they’re too invested in power, in comfort.

The piece wrapped up with Illing suggesting that the “elitism” displayed in Rancho Santa Fe is how popular revolts begin, and added that the “privilege” found in these communities is actually a “public hazard.” Finally, Illing wondered “how long the country can survive the excesses of Wall Street and Big Business.”