Pro-Abortion Slate Author: 'Why Are Crisis Pregnancy Centers Not Illegal?’

In a new piece on Slate, pro-abortion forces have found the latest element of the pro-life movement to attack: crisis pregnancy centers. In fact, the headline of the piece, written by Meaghan Winter, goes so far as to wonder  in the headline "Why Are Crisis Pregnancy Centers Not Illegal?”

The caption below the headline claimed that the pregnancy centers “peddle false and misleading information.” The article continued by arguing that CPCs “regularly dispense inaccurate information in order to dissuade women from accessing contraception and abortion,” using the pro-abortion group NARAL as the source. 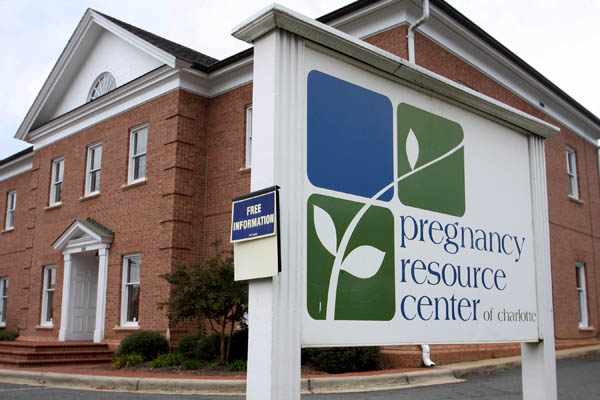 Winter whined that CPCs across America “continue to operate with little or no regulation.” Of course, the lack of regulation on many abortion clinics doesn’t seem to bother the author. Later in the piece, she suggested that CPCs commit consumer fraud, mainly because the choices they offer don’t include abortion.

She made the case that CPCs are actually an outright violation of the separation of church and state:

More to the point, a very particular interpretation of orthodox Christianity lies at the heart of most—if not all—CPC activities, even when direct references to Jesus are scarce. The First Amendment means we’re free to be motivated by all kinds of personal beliefs. But it also puts limits on a state’s ability to subsidize religion and religious activities. If CPCs are using state funds to proselytize, there could be a case to be made that they are violating the constitutional separation of church and state.

To conclude her piece, Winter noted that many “CPC personnel do not have licenses and therefore usually aren’t subject to the standards that limit what a licensed professional—such as a social worker or lawyer—can tell a client or patient.” She cites the accurate fact that unlicensed professionals cannot practice medicine, which is a straw man argument if there ever was one. No one is arguing that CPC personnel are licensed medical professionals, and the medical services they offer are very limited.

One has to assume Winter sees no issue with Planned Parenthood receiving hundreds of millions of dollars in federal funds. But crisis pregnancy centers? Oh no, those facilities shouldn't receive federal funds. Not only that, Winter believes they should be banned entirely.