Journalist and filmmaker Phelim McAleer said Facebook censored him after he challenged anti-drilling activists on his documentary’s social media site.

McAleer issued a press release on March 7, claiming Facebook suspended the fanpage for his documentary FrackNation after activists attempted to sabotage his social media presence. The film tries to bust myths about the practice of extracting natural gas from deep underground through hydraulic fracturing — commonly called fracking.

Activists ramped up attacks on the page after it featured popular posts related to an anti-fracking lawsuit in Dimock, Pennsylvania, the press release stated.

Two Dimock families remain in a legal dispute with Cabot Oil and Gas Corp (others previously settled with the company). They sued Cabot claiming that the company’s gas drilling contaminated their water.

McAleer posted a photo of one of the lawsuit’s plaintiffs, Scott Ely, smoking a cigarette.

Facebook removed the photo (below) which contained photoshopped text reading, “SCOTT ELY OUTSIDE COURTROOM SUING GAS COMPANY FOR POISONING HIM AND POLLUTING HIS AIR IN DIMOCK.” 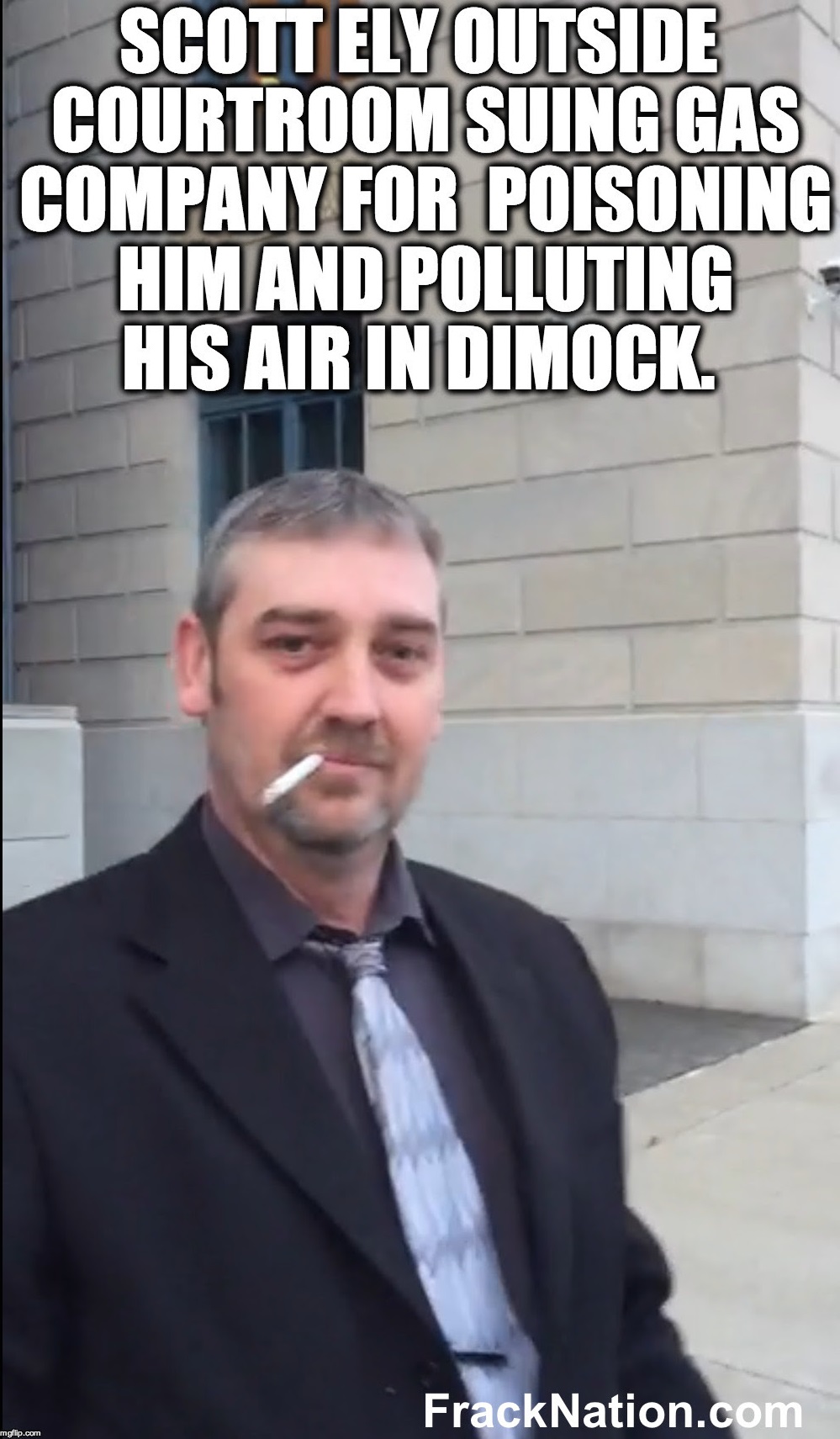 McAleer told MRC Business that FrackNation’s Facebook page was suspended on March 5, and Facebook claimed his posts were removed for “violating community standards.” On Feb. 23, he had posted about a “shocking admission” by the plaintiffs attorney, who had said “this is not a cars about toxic materials ending up in the water.” According to McAleer, the attorney also told the jury “We do not have proof of that.”

The journalist also claimed that anti-fracking activists flagged a piece he wrote on the trial as inappropriate. That piece was removed from Facebook as well.

After a Chicago screening of Gasland, McAleer suggested the film’s maker Josh Fox failed to accurately portray the cause of flammable water in the film. McAleer cited a study by Colorado’s Division of Water showing that natural causes put gas into the water long before fracking took place.

Popular Mechanics said that the Colorado example of flammable water had nothing to do with fracking, rather investigation found “the homeowner’s own water well had been drilled into a naturally occurring pocket of methane.”