Ah yes, what better way to get people to “help” the planet than by auctioning off prizes from mansion owning, private jet flying Hollywood stars?

Liberal environmental website EcoWatch published the Natural Resources Defense Council’s Earth Day guide “5 Ways to Make this Earth Day Really Count” on April 17. Fifth on the list was a fundraising appeal. NRDC encouraged supporters to “be a force for nature and snag a gift donated by a big-name celebrity” by giving money through eBay’s Earth Month program. But the hypocrisy of giving away a trip and prizes from movie stars seemed lost on NRDC and EcoWatch. 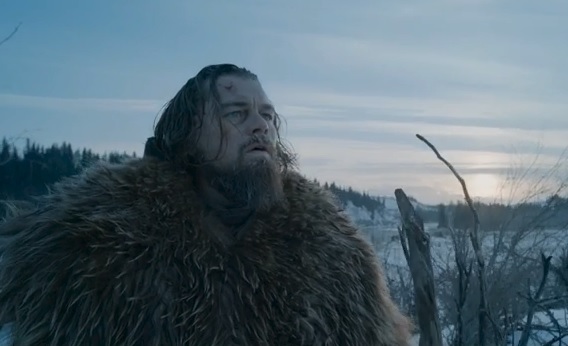 In 2017, NDRC published a list of ways to stop global warming warning readers: “Air transport is a major source of climate pollution. If you can take a train instead, do that.” Yet, by partnering with musicians and movie stars to raise money, they’re counting on the star power of people who do not live environmentally-friendly lives.

A signed poster from Leonardo DiCaprio’s 2015 movie “The Revenant” was one of the prizes available in the NRDC auction, along with prizes from Conan O’Brien, Disney, Amber Valletta, Pierce Brosnan, Sarah Silverman and QuestLove.

Not only the literal face of many movie posters, DiCaprio could be the poster child for environmental hypocrisy — especially given his frequent activism on behalf of the planet. He flew an eyebrow artist 15,000 miles for the 2017 Oscars, and was labeled a “big polluter” by Forbes. Although Esquire reported in 2017, that DiCaprio promised to leave behind his private jet-setting lifestyle after being called out for years about his hypocrisy, People reported that he was spotted in January 2018, using a private jet with his girlfriend.

DiCaprio may be one of the most extreme examples, but he’s far from alone. Comedian Conan O’Brien, who offered two sets of VIP tickets to a taping of his show, is no stranger to the high life.

The Wrap wrote of TBS in 2010: “At the new television network where Conan O'Brien works, private jets are used like taxis, courtside seats and arena suites are openly traded — yet it goes unnoticed outside of Atlanta. O’Brien seems to enjoy the luxurious lifestyle embodied by his network.”

Disney, which donated tickets to SOLO: A Star Wars Story, also liberally uses corporate jet travel. Back in 2016, Variety reported that staff of Disney’s CEO Bob Iger “recently calculated that he has spent roughly one year on Disney’s corporate jet.”

To top it all off the NRDC offered up a grand-prize trip, airfare included.

“NRDC superfans can enter a sweepstakes to win a grand-prize trip to Big Sky, Montana, with NRDC president Rhea Suh and other staffers to explore the wild Rockies alongside their biggest defenders,” the article concluded.

Further proof that even those they say “the Earth needs us more than ever,” environmentalist groups aren’t practicing what they preach, any more than celebrity activists.