Elon Musk: 'Reason for Inflation' Is Gov't 'Printed a Zillion Amount of More Money Than It Had, Obviously'

Entrepreneur and business magnate Elon Musk, the CEO of Tesla and SpaceX, said the "obvious reason" for inflation in the United States is that the federal government printed way too much money that it did not have to stimulate the economy, which increased demand but supply (goods and services) could not keep up -- thus, the prices went up. 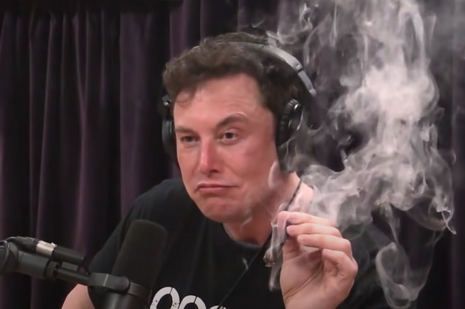 Speaking at the All-In Summit by video on Monday, Musk said, "The obvious reason for inflation is that the government printed a zillion amount of more money than it had, obviously."

"So, it's like the government can't just, you know, issue checks far in excess of revenue without there being inflation, you know, velocity of money held constant," he said. "If the federal government writes checks, they never bounce. So that is effectively creation of more dollars."

"And if there are more dollars created than the increase in the goods and services across the economy, then you have inflation," he added, "again, velocity of money held constant."

"This is very basic, this is not super complicated," said Musk. "If the government could just issue massive amounts of money and deficits didn't matter, then why don't we just make the deficit 100 times bigger? The answer is you can't because it will basically turn the dollar into something that is worthless."

"Various countries have tried this experiment multiple times," said Musk. "It's not like, 'Oh, I wonder what will happen if this is done?' Have you seen Venezuela? Like the poor people of Venezuela are, you know, have been just run roughshod by their government."