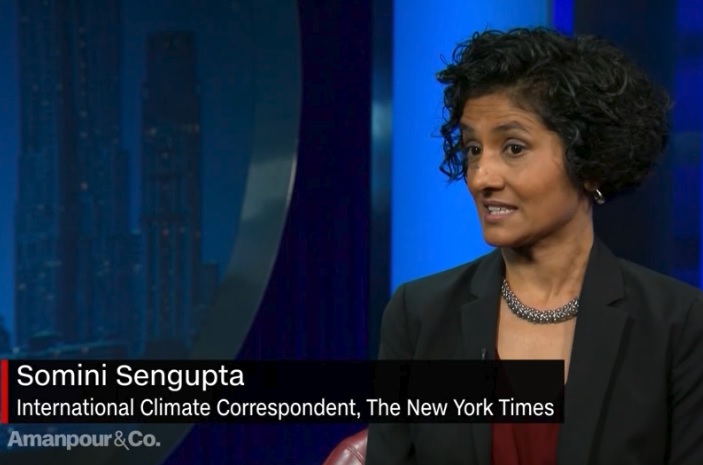 It’s clear The New York Times has its mind made up about climate change and the debate is over — at least in their newsroom.

Speaking on a journalism panel on April 30, International climate change reporter Somini Sengupta boiled down scientific dissent on the subject of climate change to the insulting and loaded phrase “three climate deniers.”

“What we don’t do is engage in a false debate. We don’t turn to the three climate science deniers on every story. And no one has ever asked me as a reporter to do that. We don’t categorically do that,” she said.

Sengupta was one of several journalists participating in Columbia Journalism Review’s event demanding the media “transform” coverage of climate change.

She said the job of the “Times climate team” was “to make it compelling, to make it rich, to make it personal. That is what we do on our team.”

Before she was introduced, panel moderator Mark Hertsgaard of the far-left Nation magazine complimented her and the Times for doing climate reporting well. The Nation, The Guardian, CJR and WNYC were listed as sponsors for the event.

Although she claimed the paper covers “real debates that happen in the science [and policy],” her admission made it clear the Times censors dissent on the issue as it deems fit.

Promoting journalistic activism in this way (as the entire conference was designed to do), is a far cry from the unbiased, fair-minded and objective reporting it should be.