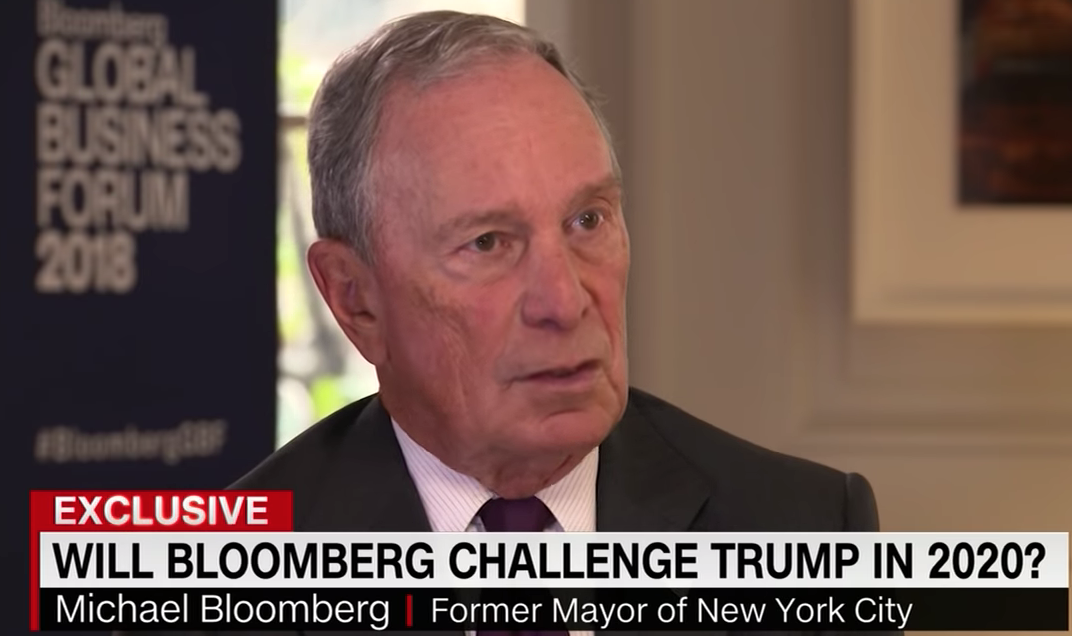 Following his $100 million midterm donations to Democrats and an official party registration switch, many bet former New York Mayor Michael Bloomberg will run for president in 2020. Let media speculation over his odds (and promotion of his candidacy) begin.

To Cohan, Bloomberg is the “anti-Donald Trump” and “Being the anti-Trump in nearly every way, shape and form could prove extremely useful politically for Bloomberg should he decide to run in 2020.”

Cohan made a series of comparisons to President Donald Trump that favored Bloomberg: “[H]e is the anti-Donald Trump. He is philanthropic, where Trump is not. He is actually very, very rich — with a net worth of more than $50 billion and counting — whereas Trump mostly pretends to be.”

The hits on Trump and promotion of Bloomberg continued, “He has meaningful and relevant experience as the chief executive of a global company and an international city, while Trump was woefully unprepared to be president and seems always to be learning on the job.” He even compared the two in terms of age and health, saying “Bloomberg, four years older than Trump, may actually be among the healthiest.”

Cohan spoke with Wall Street bankers very supportive of a presidential bid by the billionaire owner of the Bloomberg media empire. He added that Wall Street supposedly has the “inside word” Bloomberg will announce officially in February.

Wall Street economic analyst Christopher Whalen told Cohan that he “would vote for Michael in a heartbeat because he’s competent. In most areas you and I care about, he would do a good job.” An unnamed senior banker claimed Bloomberg (who is liberal on many issues including food, regulation, guns and climate change) would be “great for America,” in an email to the Vanity Fair contributor.

But even Whalen noted that Bloomberg’s “strident” anti-gun views would cost him in “red states” and “out West.”

Progressives “to his left” also pose a threat to a potential President Bloomberg because they want someone more left-wing than him.