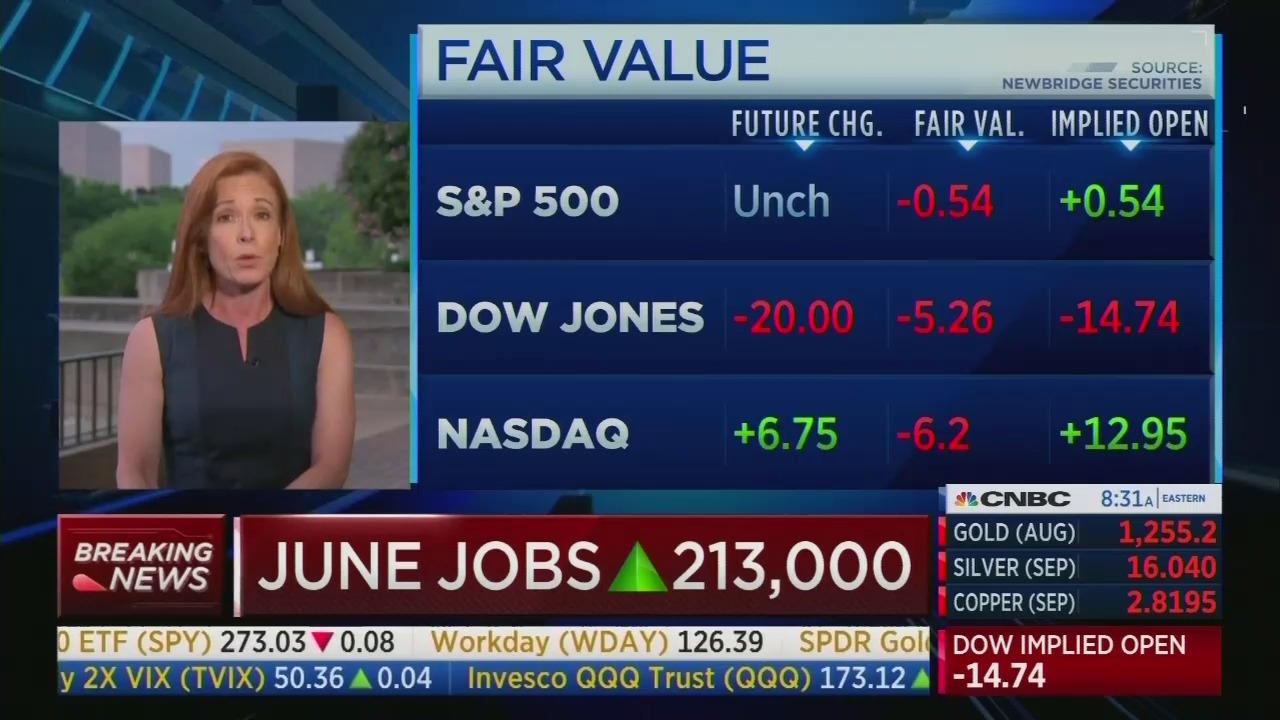 Last month, 213,000 new jobs were added to the U.S. economy — more than expected by analysts. Jobs figures from the previous two months were also revised up by a total of 37,000 jobs.

This good news about job gains and increased participation in the labor market drew praise from CNBC’s panelists on July 6, even from former Obama administration economist Jared Bernstein.

Jim Paulsen of Leuthold Group said, “I agree. I think it’s Goldilocks, Joe. Just like I said, the participation rate up, the unemployment rate went up, we had a big job gain and we had weak wages. I think that’s about as good as we’re gonna get here.”

University of Maryland economics professor Phil Swagel said that the U6 measure of unemployment shows there is “room to run” in the labor market, and added “You can look at next month and say look, there’s still scope for another Goldilocks coming a month from now. But I agree with Jim. This is as good as it gets.”

Bernstein, who was Chief Economist and economist adviser under Obama, said, “It’s a great report.” He praised the increase in labor participation, which pushed the unemployment rate up to 4 percent.

“If you have to have it tick up, this is the way you want it: more people coming into the job market,” Bernstein noted before concluding “It does seem like there is more room to run in this recovery and that looks very good to me.”

CNBC on-air editor Rick Santelli was also “very excited” about the jump in participation saying “That’s the whole ball of wax ... that is the key to really growing this economy in a big way.”