Billionaire Tom Steyer won’t be alone in pouring millions into the 2018 midterms to get liberals elected. The Washington Post reported on June 9, that fellow liberal billionaire George Soros also intends to spend at least $15 million to help the left this election cycle. 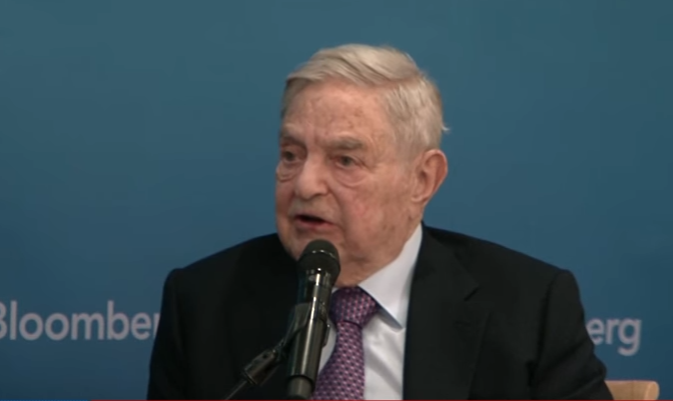 The major liberal donor rarely grants interviews, but spoke to the Post on June 7, “wearing an open-collar shirt, he spoke animatedly for an hour.” The story was excerpted or republished by other media outlets including SF Gate, Aol.com, Chicago Tribune and MarketWatch.

Soros lamented that, in his view, “Everything that could go wrong, has gone wrong” in the world. As a globalist, he complained of the dangers of the Trump election and “America First” attitudes, as well as Brexit and “anti-immigrant sentiments,” but committed to continue pursuing his liberal agenda.

“The bigger the danger, the bigger the threat, the more I feel engaged to confront it,” Soros said. “So in that sense, yes, I redouble my efforts.”

Naturally, the article was flattering to Soros. The headline proclaimed, “‘I must be doing something right’: Billionaire George Soros faces renewed attacks with defiance.”

The only Soros critics Kranish included were either promoting conspiracy theories about Soros, already controversial or downright reviled — for example, he mentioned a recent anti-Soros tweet by Roseanne Barr, as well as Russian President Vladimir Putin’s complaint that Soros is a “threat to the fundamentals of the constitutional system.”

Kranish did acknowledged that Soros “has already faced some setbacks” politically. Just this year, he backed four candidates for district attorney races in California, but was “largely unsuccessful.” Three lost their primaries and the fourth faces a runoff.

Soros promised more political spending to come, pledging at least $15 million, but Kranish found he was uncertain “on the strategy to defeat [Trump].” Soros did say he “disapproves” of liberal billionaire Tom Steyer’s approach — calling for Trump’s impeachment. Soros “would only support such an effort if Democrats retake Congress this year and gain Republican support.”

The Post also gave Soros plenty of room to attack whomever he wanted. Soros called President Donald Trump a “narcissist” who “considers himself all-powerful” but the article failed to note or even suggest the mega-donor might also suffer from egomania. After all, he spends billions on non-profits, media groups, universities and campaigns to reshape the world as he sees fit. If that’s not also narcissistic, what is?

Kranish ended the story with Soros’ defiance. Soros said was unfazed by attacks and “proud of my enemies ... When I look at the enemies I have all over the world, I must be doing something right.”