One of the liberal media’s favorite Hollywood actors, Leonardo DiCaprio, intended to host a fundraiser in his home for Democratic presidential contender Hillary Clinton.

However, he backed out and the fundraiser was moved to Justin Timberlake and Jessica Biel’s house, according to The Hollywood Reporter.

THR reported that multiple sources blamed DiCaprio’s work schedule, but the publication reminded readers of recent reports of an international money scandal that the actor and his foundation “may have benefited” from.

Although the networks have said almost nothing about it — just a mention by Good Morning America on July 22 — DiCaprio’s foundation is tied to a Malaysian embezzlement scandal, according to multiple articles by THR. On July 20, the entertainment trade publication reported that the federal government was trying to get the civil forfeiture of rights to The Wolf of Wall Street, which DiCaprio starred in.

“Authorities have yet to charge any individuals with embezzlement, but in bringing a civil forfeiture case, federal authorities are targeting more than $1 billion in assets allegedly diverted by high-level officials at the country [Malaysia] into a fund called 1Malaysia Development Berdhard (1MDB) and then into shell companies,” THR reported.

Allegedly $100 million from the 1MDB fund went into Red Granite film company, a production company which backed The Wolf of Wall Street. At issue is whether the company may have given gifts to DiCaprio’s environmental foundation.

The Leonardo DiCaprio Foundation is a donor-advised fund administered by the California Community Foundation, according to Nonprofit Quarterly.

In follow-up story after the Department of Justice filed the “largest single action” ever under its Kleptocracy Asset Recovery Initiative, THR described DiCaprio as being in “an awkward and potentially legally-perilous situation” because of his connections to the film, Red Granite and “controversial Malaysian businessman Jho Low.” The legal complaint claims Low laundered millions into the U.S. 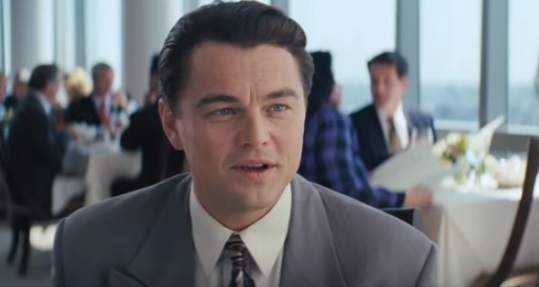 Red Granite released a statement saying “none of the funding it received four years ago was in any way illegitimate and there is nothing in today’s civil lawsuit claiming that Red Granite knew otherwise,” THR added.

Although DiCaprio hasn’t been implicated in wrongdoing, it’s putting scrutiny on his foundation, its lavish and debaucherous fundraisers and it’s lack of “transparency.” Nonprofit Quarterly reported that donor-advised funds like his “don’t allow for much in the way of nonprofit transparency” making it impossible to know if claims are true about how much money an event raised.

Clinton’s own foundation has been embroiled in a foreign money scandal because of her role as secretary of state, which many liberal media outlets have minimized. The New York Times reported on Aug. 21, that Saudi Arabia gave between $10 million and $25 million, in addition to giving from many other nations.

“The Clinton Foundation has accepted tens of millions of dollars from countries that the State Department — before, during and after Mrs. Clinton’s time as secretary — criticized for their records on sex discrimination and other human-rights issues,” the Times wrote.

Given that background, DiCaprio’s decision to cancel his Clinton fundraiser seems advantageous for her given the Malaysian money scandal now raising questions about his own foundation.

“One source with experience planning presidential fundraisers said it would be a ‘no-brainer’ to keep DiCaprio away from a Clinton event amid the 1MDB suit and press reports, but another said candidates tend to have a lower standard for vetting of celebrity fundraisers,” Gary Baum wrote for THR.

Although the networks mostly ignored the DiCaprio story, Page Six, The Daily Mail, Daily Beast, Yahoo! Movies blog and Women’s Day have brought up the scandal since The Hollywood Reporter broke it.