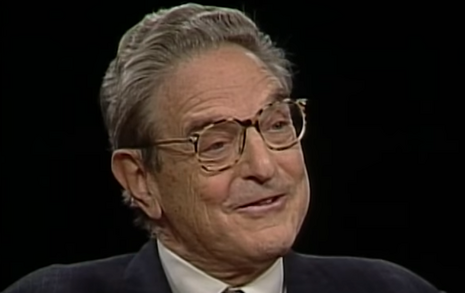 In his reporting on the seventh batch of Twitter files, independent journalist Michael Shellenberger noted that “efforts continued to influence Twitter's” leftist former Head of Trust and Safety Yoel Roth. In September 2020, just before the release of the Hunter Biden laptop story by the New York Post Oct. 14, 2020, “Roth participated in an Aspen Institute ‘tabletop exercise’ on a potential ‘Hack-and-Dump’ operation relating to Hunter Biden.” According to Shellenberger’s summarization, “The goal was to shape how the media covered it — and how social media carried it.”

Soros dumped at least $1,465,000 into Aspen Institute’s coffers between 2016 and 2021 through his Open Society Foundations, which encompasses the time Roth attended Aspen’s “tabletop exercise.”

In Sept 2020, Roth participated in an Aspen Institute “tabletop exercise” on a potential "Hack-and-Dump" operation relating to Hunter Biden

The goal was to shape how the media covered it — and how social media carried it pic.twitter.com/lQSorONUSh

The fact that a Soros-funded group was also involved in the suppression of one of the biggest stories of the 2020 election is in line with the Soros brand. MRC Business recently discovered a litany of left-wing activist groups financed to the tune of at least $80,233,084 collectively from Soros between 2016 and 2020, that put enormous pressure on Big Tech CEOs to censor free speech on their platforms before the 2022 midterm elections.

The Soros-funded Aspen Institute's ties to Twitter's interefence in the 2020 election is compounded by the fact that the Big Tech platform was also being primed by the FBI to censor the Hunter Biden story. In a statement with the Federal Election Commission, Roth admitted that “[s]ince 2018, I have had regular meetings with the Office of the Director of National Intelligence, the Department of Homeland Security, the FBI, and industry peers regarding election security.”

Specifically, according to Roth, “federal law enforcement agencies communicated that they expected ‘hack-and-leak operations’ by state actors might occur in the period shortly before the 2020 presidential election, likely in October.” After the Post released its story on Hunter’s laptop, it was then that “[t]he Site Integrity Team preliminarily determined that the information in the articles could have been obtained through hacking, based on, among other things, the type of material, the sourcing described in the articles, and the information security community's initial reactions,” according to Roth.

What’s worse is that the FBI, per the Twitter files reported by Shellenberger, paid Twitter over $3 million between Oct. 19, 2020 and February 10, 2021 through a “reimbursement” program at Twitter for staff hours dedicated to “processing requests from the FBI.” This would suggest that the FBI was potentially funneling money to the Big Tech platform while simultaneously shaping Twitter’s censorship operations in preparation for the Hunter Biden scandal reported by the Post, which could have potentially led to a much different electoral outcome.

A 2020 MRC poll found that 45 percent of President Joe Biden’s voters weren’t fully aware of the Post story precisely because the media and Big Tech whitewashed it. Had Americans been fully aware of the scandal, 9.4 percent of Biden voters would have abandoned him, flipping all six of the swing states he won to former President Donald Trump, giving Trump a victorious 311 electoral votes.

Shellenberger stated that the FBI obtained Hunter’s laptop as early as December 2019 from a “Delaware computer store owner” who claimed Biden had left it with him. “By Aug 2020, Mac Isaac [the store owner] still had not heard back from the FBI, even though he had discovered evidence of criminal activity. And so he emails Rudy Giuliani, who was under FBI surveillance at the time. In early Oct, Giuliani gives it to @nypost,” Shellenberger wrote.

Shellenberger’s  analysis revealed that the FBI sent ten documents to Twitter just before the Post released its report on Hunter. And the FBI-influenced censorship wasn’t just limited to the Hunter Biden laptop. A previously reported batch of Twitter files, according to independent journalist Matt Taibbi, showed that “agencies like the FBI and DHS regularly sending social media content to Twitter through multiple entry points, pre-flagged for moderation.” Twitter’s eventual censorship of the Post and anyone who shared the link to Hunter Biden laptop story — in addition to its other censorship actions taken against users through its coordination with the FBI — in effect, suggests that the Big Tech platform was acting like a state agent and was being paid millions to do it.