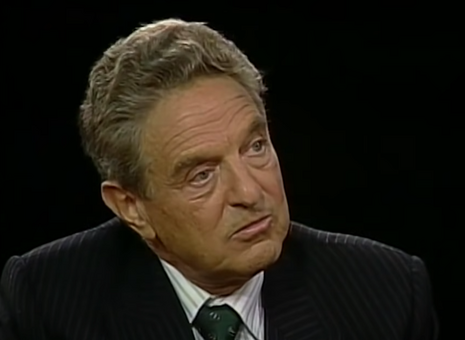 Politico revealed Dec. 7 that Soros pumped a whopping $50 million into his leftist super PAC — Democracy PAC — “building on an already large investment in Democratic groups and candidates for the 2024 election cycle and beyond.” This is on top of the $128 million he spent during the 2022 midterm elections. Politico noted that it’s “the latest sign that Soros will continue to play an enormous role in the Democratic campaign finance ecosystem, particularly ahead of the next presidential election.” The talking heads at the ABC, CBS and NBC evening news shows predictably ignored the report during their Dec. 7 broadcasts.

Politico broke down how influential Soros’ millions were in shaping the outcome of the 2022 midterms.

Either directly or through his affiliated super PACs, Soros in the 2022 cycle, gave $14 million to Senate Majority PAC, the flagship Senate Democratic super PAC. That includes $1 million for the Georgia runoff, which Sen. Raphael Warnock won on Tuesday night, giving Democrats a 51-seat majority in the Senate,” the story reads. “Soros sent another $5 million to House Majority PAC, the main House Democratic super PAC, according to the person directly familiar with the Democracy PAC filing, [emphasis added.]

Soros seeded his super PAC with $125 million in January ahead of the midterm elections, which also skipped the attention of the ABC, CBS and NBC evening networks at the time. It looks like his enormous spending paid off in light of the Democrats securing a Senate majority for the next congressional term.

It looks like he’s not done yet as he bids to buy the presidency in 2024.

But even the $125 million is a small fraction of the more than $32 billion overall he has pumped into his Open Society Foundations (OSF) since 1984 to shape global politics to his liking.

The news of Soros’ new political spending also comes on the heels of MRC Business’s latest report documenting Soros’ financial ties to 253 journalism and activist media groups across the world. These groups wield massive power over the flow of information in national and international politics. So not only is Soros spending hundreds of millions of dollars to elect his radical candidates, he’s also ensuring that the global media amplify his radical leftist messaging on issues including abortion, Marxist economics, anti-Americanism, defunding the police, environmental extremism and LGBT fanaticism to help secure the political outcomes he desires.