Remember when The New York Times attempted to spin the 1970s stagflation crisis in order to protect former President Jimmy Carter’s political image before the 1980 elections? MRC Business does. 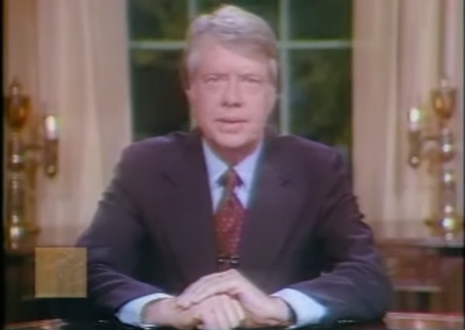 The newspaper published a 1979 propaganda piece erroneously headlined, “The 70's: America Learns To Expect a Little Less,” The piece tried to paint lipstick on the pig of an economic disaster that Carter oversaw.

Carter’s policies resulted in stagnant growth and a ridiculous annual inflation rate of 11.3 percent in 1979.

"[D]espite the prospects of a recession next year, the economic reality is perhaps better than the psychology. Inflation in terms of what people actually spend is not so bad as the Consumer Price Index suggests,” Lee said. [Emphasis added.]

The author, who appears to be the late Times business and financial news editor John M. Lee, whitewashed the dangerous economic situation Americans were facing at the time: “The rate of price increase throughout the economy (the gross national product deflator) is less than at this time last year.”

But it got worse. The Times patronized readers by telling them not to believe what their lying eyes were seeing and to take a more positive perspective on rising energy prices and slower population growth:

High energy prices are forcing more efficient use of supplies, and slower population growth means less demand for the resources of a slowing economy, [emphasis added].

The Times even went as far as to lecture Americans who were pessimistic on the state of the economy under Carter: “At best, the future is uncertain. But in the American experience, the optimists have usually been the realists.” The inflation rate would later climb higher to an astonishing 13.5 percent in 1980. So much for Lee’s exuberant praise of the “optimists.” [Emphasis added.] 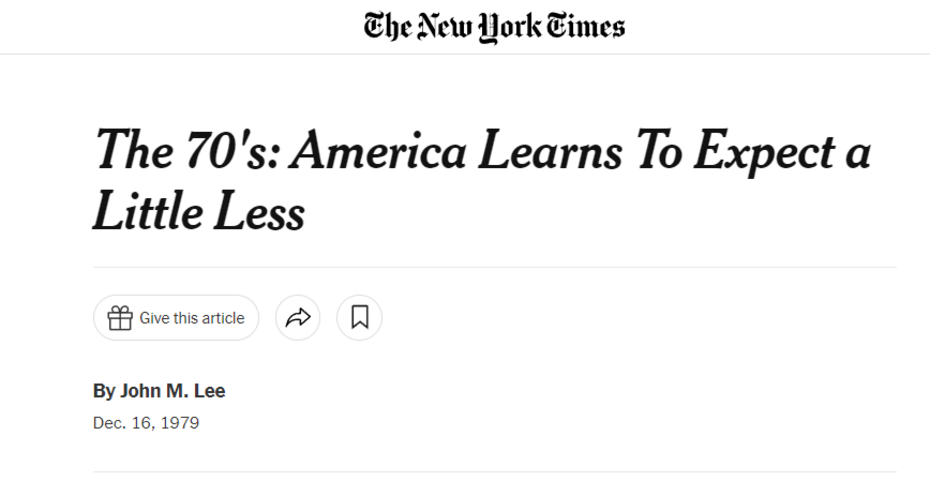 This kind of dishonesty transferred over to how The Times would again cover spiking inflation under Biden, which just hit 8.6 percent on a year-to-year basis for “the highest increase since December 1981.” 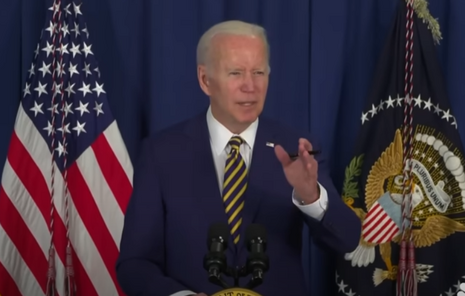 Former New York Times correspondent Neil Irwin  tried to pull the blinds over inflation concerns as early as November 2021. His story at the time was headlined: “Americans Are Flush With Cash and Jobs. They Also Think the Economy Is Awful.” Irwin, like The Times did back in 1979, gaslit Americans on the inflation that was beginning to noticeably hit their wallets: “Americans are, by many measures, in a better financial position than they have been in many years. They also believe the economy is in terrible shape.”

Irwin, again channeling The Times from 1979, also blamed the “more powerful force” of “the psychology of inflation” for turning Americans against the Biden economy. [Emphasis added.]

Irwin made it appear as if Americans’ were just making up the economic plight they were facing from rising consumer prices in their heads. Specifically, Irwin claimed President Joe Biden’s leftist agenda “succeeded at lifting the wealth, incomes and job prospects of millions of people — but has not made Americans, in their own self-perception, any better off.” [Emphasis added.]

Conservatives are under attack. Contact The New York Times at 800-698-4637 and demand it report the truth on the Bidenflation crisis.