CNBC twisted exclusive comments it received from Tesla CEO Elon Musk to make it seem like he’s a gun control activist but buried his overall support for the Second Amendment. 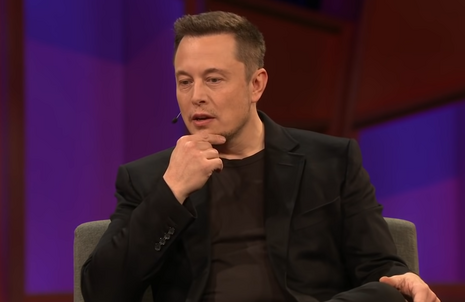 Musk reportedly emailed a number of comments about guns to CNBC following the mass murder of children and teachers at an elementary school in Uvalde, Texas. CNBC’s May 25 headline on its exclusive story read as follows: “Elon Musk backs ‘tight’ background checks for all gun sales in wake of mass shooting in Texas.”

However, readers wouldn’t know until the 10th paragraph that Musk actually voiced support for gun rights writ large. “'I strongly believe that the right to bear arms is an important safeguard against potential tyranny of government,'” CNBC quoted Musk as saying. “'Historically, maintaining their power over the people is why those in power did not allow public ownership of guns.'”

CNBC, in effect, chose to run a headline that bolstered media leftists who have exploited the recent mass shootings in Buffalo, New York, and Uvalde, Texas, to attack the Second Amendment.

In fact, CNBC buried Musk’s support for gun rights two paragraphs underneath the quote it selectively chose to represent Musk as a gun control advocate: “[Musk] supports ‘tight background checks’ for all gun sales and limiting sales of assault weapons to people in special circumstances, like gun range owners, or people who live in a ‘high risk location, like gang warfare.’”

But Musk has shown that he’s less radical on the subject of guns than CNBC’s spin would suggest. Musk exhibited this in a Twitter conversation with Judicial Watch President Tom Fitton a day after CNBC published its story.

Fitton told Musk in a tweet: “In truth, anti-gun activists seek severe restrictions on, and oppose in concept, any individual civilian RIGHT to own ANY firearm, even though it is an inalienable right specifically recognized in the U.S. Constitution under the Second Amendment. This is the debate.”

Musk responded candidly: “How about a middle ground, where the licensing standard for semi-auto rifles is a driver’s license, age 21 and no rap sheet? Basically, what is a reasonable way to make it harder for people with homicidal impulses to obtain body count maximizing weapons?”

How about a middle ground, where the licensing standard for semi-auto rifles is a driver’s license, age 21 and no rap sheet?

Basically, what is a reasonable way to make it harder for people with homicidal impulses to obtain body count maximizing weapons?

Conservatives are under attack. Contact CNBC at (201) 735-2622 and hold it to account for burying Musk’s support for the Second Amendment.