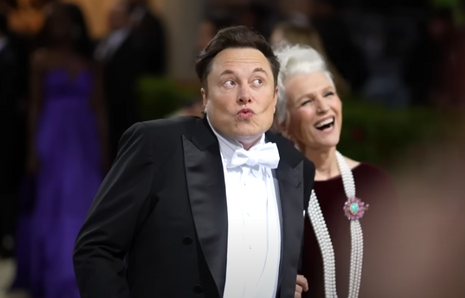 The Facebook fact-checker ran an idiotic May 4 “fact check” headlined: “Elon Musk’s false claim that NBC News covered up Hunter Biden laptop story.” Musk went after NBC for having a conniption over his recently successful multibillion-dollar bid to purchase Twitter.

Musk stated on Twitter May 2 that NBC was the “[s]ame org that covered up Hunter Biden laptop story, had Harvey Weinstein story early & killed it & built Matt Lauer his rape office. Lovely people.”

Here was PolitiFact contributing writer Monique Curet’s pathetic reasoning for why Musk was awarded a “False” rating: “NBC News said its lack of in-depth reporting in 2020 on the laptop was due to people in Trump's circle trying to limit access to the information. That’s not the same as covering up the story.” So NBC did pathetic journalism and PolitiFact blames … Trump. In fact, Curet is not even located in the U.S. Her PolitiFact biography says she resides in Tokyo, which means the fact-checker had to outsource its shoddy business to someone located all the way across the Pacific Ocean.

Curet continued: “Musk’s tweet gives the impression that NBC News had all the relevant information and chose not to disclose it, and that’s not accurate.”

First: Musk never said NBC had “all the relevant information.” Curet inserted her own spin into Musk’s tweet and fact-checked a straw man. In addition, Musk’s insinuation that NBC covered up the story was broad and not limited to the initial 2020 bombshell.

NewsBusters has the receipts proving that NBC not only covered up the story for well over a year, but tried to spin it as a Russian disinformation op.

NewsBusters conducted extensive studies on NBC News broadcast efforts to bury the story. A NewsBusters analysis found that NBC only spent 9 minutes and 6 seconds of coverage on the Hunter Biden laptop scandal and spent seven minutes and three seconds of that time dismissing the story between October 14, 2020 through the morning of April 18, 2022.

Even talking heads like NBC Today co-host Hoda Kotb are on record egregiously referring to the story of Hunter Biden scandal first reported by the New York Post as having “possible ties to a Russian disinformation effort aimed at influencing the U.S. election.”

NBC News Chief Washington Correspondent Andrea Mitchell spun that “[e]xperts say the emails cannot be authenticated, some may have been altered or are fake.” NBC News national security analyst Jeremy Bash even baselessly speculated that “this whole operation looks right out of the Kremlin playbook, hack and dump.”

NBC News took a 261-day hiatus from even mentioning the name “Hunter Biden” and only did so after The New York Times finally authenticated the very emails Mitchell claimed “cannot be authenticated.” In fact, Fox News reported March 18 that between the evening of March 16 after The Times story verifying the emails that day and March 18, NBC was one of three networks that ignored the story altogether.

An April 20 NewsBusters report found that the only mention NBC gave to The Times revelation on Hunter at the time was on March 31, 15 days later. The network only gave the story 22 seconds of airtime that day. In addition, when the Daily Mail ran an April 26 exclusive on Hunter’s laptop emails allegedly revealing that his father President Joe Biden had paid his legal fees, NBC ignored the story during its evening broadcasts and its morning broadcasts the following day.

Conservatives are under attack. Suggest to PolitiFact that it fact-check its own writer on misleading Americans on NBC’s culpability in burying the Hunter Biden laptop story using this form.