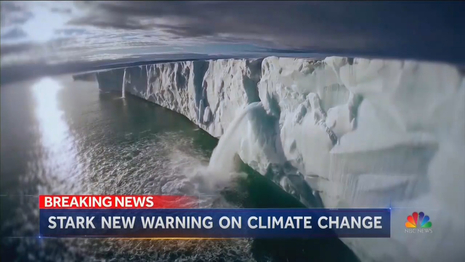 The UN’s latest climate change report tried to frighten the globe over melting glaciers on Mount Kilimanjaro. Just like Al Gore did in 2006 when he predicted those glaciers would be gone by now. The latest report warned they will still melt — only in 2040 — because Gore’s prediction was totally wrong.

The Intergovernmental Panel on Climate Change's (IPCC) new addition to its ongoing climate fear-mongering campaign warned how glaciers are projected to “disappear” by “2040 on Kilimanjaro.” This is a major failure from years ago, when former Vice President Al Gore bleated in his infamous 2006 film “An Inconvenient Truth” that “within the decade, there will be no more snows of Kilimanjaro.”

A decade later in 2016, and the glaciers were still there. Even the liberal fact-checking operation PolitiFact admitted that “In 2002, scientists predicted the ice fields on Kilimanjaro would disappear between 2015 and 2020 ‘if current climatological conditions’ persisted.” Canadian newspaper The Vancouver Sun ran a blaring headline in 2001 that screeched: “Snows of Kilimanjaro to Vanish by 2020.” It is now 2022, PolitiFact said, and “Kilimanjaro’s glaciers haven’t fully disappeared.” 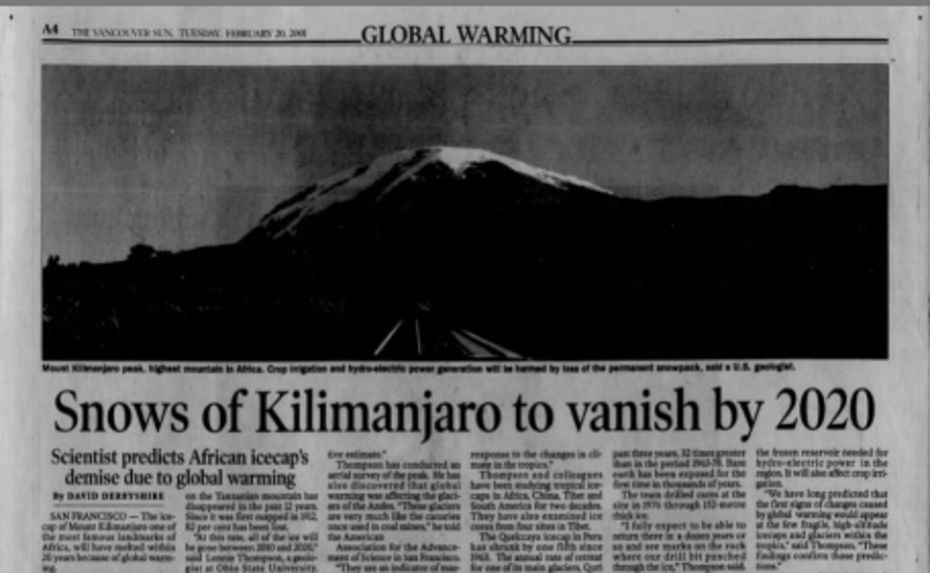 So what does IPCC do? It pushes the calendar back again so activists could inundate the world public with more and more of its crisis prophesying for another 18 years. And the media don’t say a discouraging word. In fact, outlets joined the chorus of doom that the world is allegedly headed for a “hotter, deadly future” if the plebeians don’t accept their frequently wrong end-of-the-world narratives. In the words of University of Southampton Professor emeritus John Brignell, as reported by Climate Depot: “The creation of the UN IPCC was a cataclysmic event in the history of science. Here was a purely political body posing as a scientific institution.”

Of course, shifting the goalposts on Kilimanjaro's due date for climate catastrophe wasn’t context worth mentioning for liberal propaganda outlets like The Washington Post. The Post mindlessly propped up the IPCC’s report in a story headlined: “Humanity has a ‘brief and rapidly closing window’ to avoid a hotter, deadly future, U.N. climate report says.” The newspaper even mentioned the IPCC’s warnings about Kilimanjaro, albeit without saying anything about the failed left-wing predictions of the past like Al Gore. It’s as if The Post is desperately hoping that climate prophets are right this time and ManBearPig devours Kilimanjaro: “The glaciers of Mount Kilimanjaro will be completely gone in 2040.” One of the authors of The Post story, Climate and Science reporter Sarah Kaplan, is the same person who pushed the nutty idea in 2020 that climate change was a “racial justice problem.”

Note to IPCC and The Post: 2002 called, and it wants its propaganda back.

Conservatives are under attack. Contact The Washington Post at (202) 334-6000 and demand it update its report on the IPCC’s fear-mongering to mention the failed predictions on Mt. Kilimanjaro’s melting glaciers.