The eco-extremists at the liberal Guardian should realize by now that the internet is forever. The outlet freaked out over 17 years ago about a frosty future thanks to a ridiculously inaccurate Pentagon prediction. 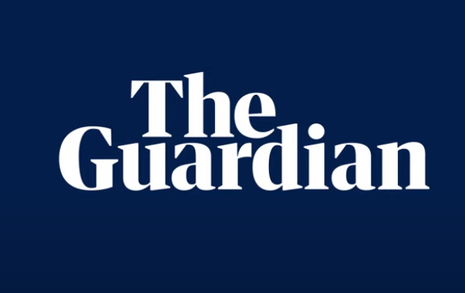 The Guardian published a report in 2004 sounding the alarm bells over a “secret report, suppressed by US defence chiefs” and obtained by sister newspaper The Observer. Here was the harrowing message, according to The Guardian: “[M]ajor European cities will be sunk beneath rising seas as Britain is plunged into a ‘Siberian’ climate by 2020.”

It’s now 2021, and major European cities are still intact and a Reuters report this year flushes The Guardian’s frets about a little ice age in Britain down the toilet. Reuters trumpeted: “Britain's climate getting warmer, sunnier and wetter - Met Office.” Travel website Touropia has an updated report headlined, “25 Best Cities to Visit in Europe.” Even the waterway-dominated Venice, Italy is No. 17 on the list. Ouch.

The liberal Guardian had even gone so far as to propagandize how the world was supposedly going to end up experiencing “nuclear conflict” because of climate change. The report flailed in its lede paragraph: “Climate change over the next 20 years could result in a global catastrophe costing millions of lives in wars and natural disasters.”

The propaganda spiraled down the whirlpool of insanity:

The [Pentagon] document predicts that abrupt climate change could bring the planet to the edge of anarchy as countries develop a nuclear threat to defend and secure dwindling food, water and energy supplies. The threat to global stability vastly eclipses that of terrorism, say the few experts privy to its contents.

The hilarious bit about The Guardian’s prophecy about total eco-Armageddon was that it said the report’s “findings” would prove “humiliating to [President George W. Bush’s] administration, which has repeatedly denied that climate change even exists.” But the only thing “humiliating” about this report was the fact some of the major predictions never panned out, eh Guardian?

The Guardian isn’t the only publication to see major climate scare-porn it peddled go up in flames.

In 1995, The New York Times tried to frighten readers into believing that “most of the beaches on the East Coast of the United States would be gone in 25 years,” which would be the year 2020. Newsflash: The East Coast beaches are also still intact. U.S. News & World Report even ran a report in May 2020 headlined: “16 Top East Coast Beaches to Visit.”

Conservatives are under attack. Contact The Guardian at guardian.readers@theguardian.com and demand it address the inaccurate climate nonsense it helped propagate in 2004.