Things just keep getting worse for the liberal media in their efforts to insulate President Joe Biden and his party’s onerous $3.5 trillion budget bill from criticism. Americans are seeing right through the propaganda. 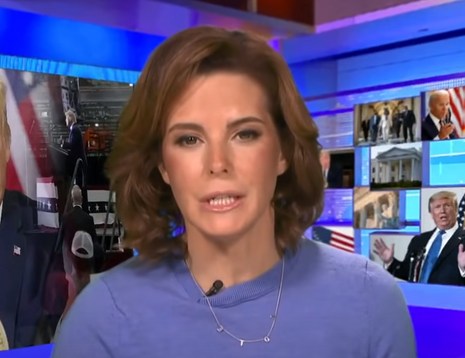 A new poll of 1,076 likely voters found that a combined 71.5 percent were “Much less likely” (67.3%) or “Somewhat less likely" (4.2%) to support the gargantuan budget bill if they knew “it increases taxes and the national debt.” Things got worse for Biden when the poll was broken down by demographics. An astonishing 73.7 percent of Independents and 50.2 percent of Democrats — both majorities — said they were “less likely” to support the bill when the caveat of increased taxes and debt was made known.

The poll by The Trafalgar Group, in partnership with Convention of States Action, is a resounding rebuke to liberal media pundits like NBC News Business Correspondent Stephanie Ruhle. Ruhle praised the socialist bill in July as a “Barbie DreamHouse of improvements to the human condition.” Clearly, voters aren’t buying Ruhle’s “Barbie DreamHouse” snake oil.

The leftists in the media running point for the Biden agenda, like Ruhle, have been when it comes to the public opinion of his radical spending plans for months now.

New York Times columnist David Brooks also tried to put lipstick on the multitrillion-dollar pig being pushed by Democrats by saying it served “moral and cultural purposes.” He continued: “These packages say to the struggling parents and the warehouse workers: I see you. Your work has dignity. You are paving your way. You are at the center of our national vision.” It looks like voters want no part of that leftist “national vision.” 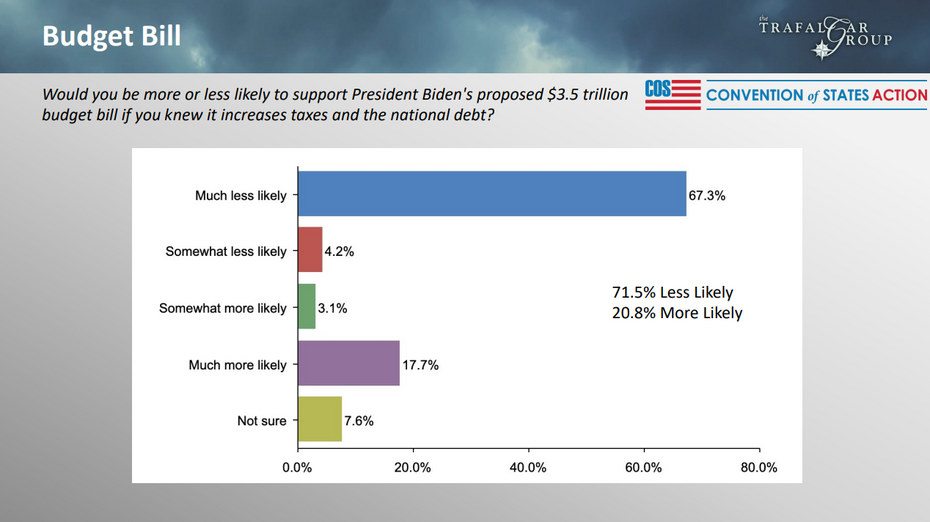 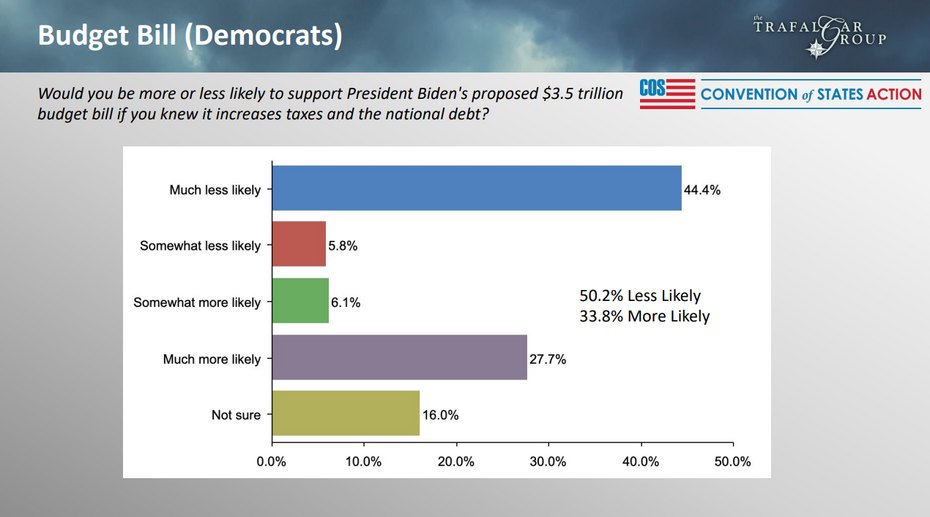 Convention of States Action President Mark Meckler remarked in a statement that “[a]lmost nobody supports Biden’s runaway spending spree.”  He continued: “[F]olks are outraged that—with everything else they’ve had to endure with this failed presidency—increasing taxes and adding to our astronomical debt are actually on the table.” 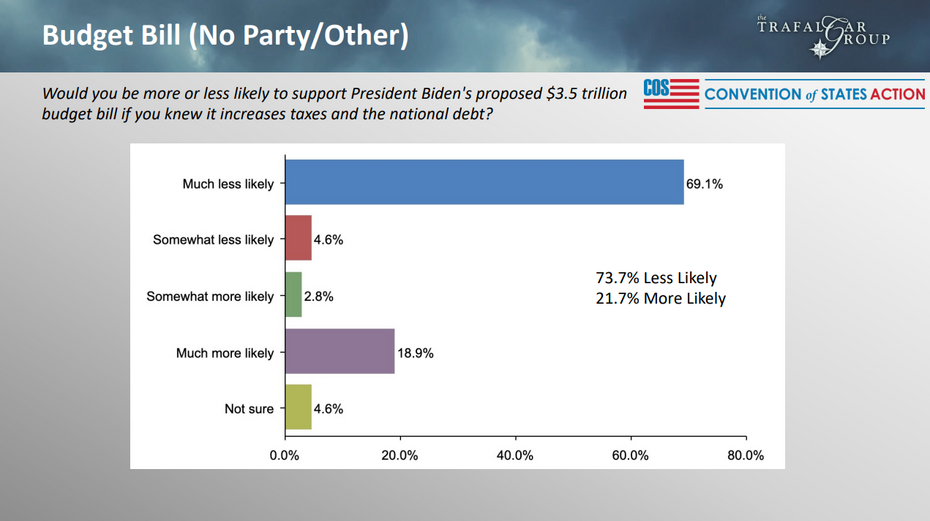