CATO Director of Tax Policy Studies Chris Edwards joined Fox Business to dismantle a leftist argument from the Soros-funded ProPublica that the rich don’t pay their fair share in taxes. 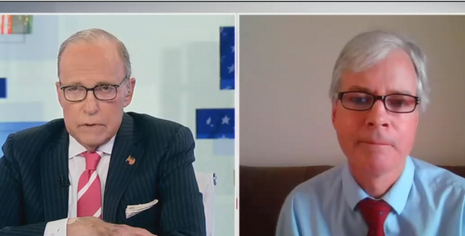 Edwards ripped ProPublica’s recent report that used selective data to claim that “[e]xperts have long understood the broad outlines of how little the wealthy are taxed in the United States.” He retorted on the June 17 edition of Kudlow: “ProPublica summarized data on just 25 tax returns of selected wealthy people, but they were unrepresentative of the broader group of wealthy people in America.” Edwards lambasted the outlet for being “very selective in what they’re releasing here.”

He proceeded to expose how ProPublica’s data were completely at odds with research from the Internal Revenue Service.

Edwards also tore apart other misleading claims from ProPublica. “ProPublica’s claim that if you add in payroll taxes, people in the middle pay higher tax rates than the 25 taxpayers at the top is totally wrong,” Edwards rebuked. “There’s Congressional Budget Office data [that] shows that people at the top pay more than twice as much in income and payroll taxes than people in the middle.”

Fox Business host Larry Kudlow chimed in that ProPublica was blurring the line between income and wealth in its analysis and accused ProPublica of “chicanery.” Edwards agreed: “Capital gains is not income. It’s a separate thing. So, for example, in the national income or GDP accounts, capital gain is not included in income.” He continued: “No country in the [Organisation for Economic Co-operation and Development] — all 35 or so countries — no country taxes capital gains on a so-called accrual or mark-to-market basis like ProPublica is sort of claiming that we should.”

Edwards argued that ProPublica’s policy prescription, based on its confusion between income and wealth, was nonsensical. “Taxing people on fluctuating asset values, like ProPublica is implying, makes absolutely no sense for many reasons,” Edwards said. Kudlow then accused ProPublica of having “jimmied” the numbers.