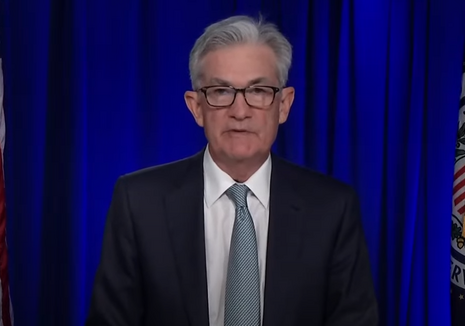 CNN Business Lead Writer Matt Egan’s pro-Powell story led with a puff headline: “Fed chair Powell warns of 'profound challenges' posed by climate change.” Egan propagandized that Powell “acknowledged serious risks the climate crisis poses to the world economy and called for a coordinated response that is led in the United States by elected officials.” Powell reportedly told the climate-obsessed Green Swan Conference June 4: “‘There is no doubt that climate change poses profound challenges for the global economy and certainly the financial system.’”

Apparently, neither CNN nor Powell appeared to consider the Federal Reserve’s massive money printing policies as presenting equally “profound challenges” to the economy.

Powell pontificated how the whole world needs to adopt radical green policies. Powell said that “the global response [to climate change] will require ‘bold steps and decades of sustained efforts by national authorities, international groups and the private sector,” Egan summarized. However, in a strange twist, Powell then passed the buck and conceded that the U.S. response to climate change was “not a question for the Federal Reserve.” Rather, he indicated that it was for “elected officials who have sought and received a mandate from voters.” Despite his concession, Powell still appeased eco-extremists by saying the Federal Reserve sees its role in the CNN-dubbed climate crisis as “‘an important one tied tightly to existing mandates.’”

JunkScience.com Founder Steve Milloy told the Media Research Center that Powell conceding that the American response to climate change wouldn't be a question for the Federal Reserve was a heartbreaker for climate activists. Milloy stated:

Not only does the Fed have a dubious record in conducting its own job (e.g., it has destroyed the time value of money by keeping interest rates at near-zero for a decade), but it has no statutory authority to involve itself in climate and definitely no expertise in climate. Climate activists were hoping that the Fed could be used to force banks to stop lending to fossil fuel industries and projects. For the time being, Powell has thwarted the activists. But this is not the last word.

Egan argued as if he wasn’t satisfied with Powell playing both sides of the fence. He proceeded to editorialize that “[t]he climate crisis could create financial risks that would fall into the Fed's responsibilities for supervising banks and monitoring financial stability.” As the CNN climate journalism ethic goes, “fear sells.”

Conservatives are under attack. Contact CNN at 1-(404)-827-1500 and demand the network stop its crusade to sell “fear” on climate change to its viewers.