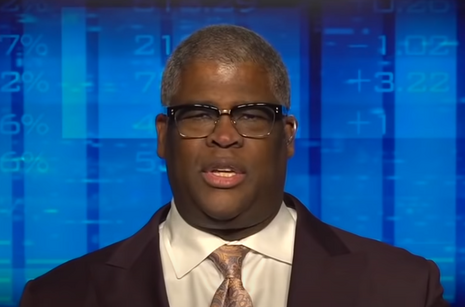 Payne slammed the faux outrage coming from big businesses pandering to the left. “The bottom line is corporate virtue signaling is not only phony, but it is actually making the situation worse. So, my message to corporate America is just shut up, and do the right thing. That is, if you really give a damn,” Payne said during the May 20 edition of Making Money. Payne stated that he was leery of big businesses “opining openly on social issues, and more recently, taking even stronger political sides.” He said his first instinct when he sees corporate America going woke was to ask, “‘What are they hiding?’”

The Fox Business host said that based on his personal research into liberal companies, “I always come away wondering if they should just maybe set the example rather than wag a finger. And it turns out that my gut, well, it was right all the time.” Payne, hammering a glaring hypocrisy, summarized a study by Blendoor, which found that “companies that made statements of solidarity with the black community have 20 percent fewer black employees than companies that didn’t make any statements at all.”

In the beginning of the segment, Payne said he “truly” believed that there’s an “innate desire in this country to be colorblind.” He continued: “[T]he biggest threat to being a country where everyone lives by the motto, ‘We should be judged by the content of our character,’ are those who are looking to hijack good intentions and derail progress.”

He then took a shot at the left’s terrible policies:

[D]ecades of failure authored by politicians from the left not only continue to be ignored, but in too many cases, there are calls to double down on those same failed approaches.”

Payne proceeded to voice his astonishment at how leftists who claim to be champions of equality push the very policies that have proven to be disastrous. “It’s kind of amazing to me that the same folks that think outcomes can be manipulated by keep using the same approaches that have resulted in abysmal outcomes for a few decades now,” according to Payne.

The Fox Business host cited “free community college” and “seducing people not to work” as examples of extremist policies that have worsened societal woes.