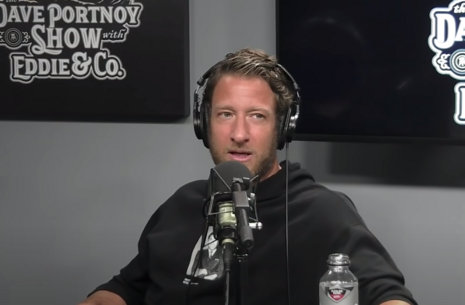 Portnoy hammered the lockdowns for destroying the livelihoods of business owners with no relief. He specifically called out New York Gov. Andrew Cuomo’s (D) recent arbitrary shutdown on indoor dining. As Portnoy summarized, “How do you expect these people to survive? How are restaurants going to survive? They’re already on their last legs and you’re pulling the plug on them and nobody seems to care in the government.”

Portnoy decided to put his money where his mouth is and help people through his new small business philanthropic effort:

We’re going to donate half-a-million dollars and we’ve come up with a plan. Is it the best plan? No. The best plan is the government getting off their ass and issuing relief — billions of dollars — to these small business owners who are losing their livelihoods and have no recourse and no way to save it through no fault of their own.

Watch Portnoy’s introduction of the “Barstool Fund” below:

Portnoy said the Barstool Fund is modeled around Barstool Radio producer Frankie Borrelli, whose father reportedly owns Borrelli’s pizzeria in Long Island, New York. As Portnoy tells it, “Mr. Borrelli [Frankie’s father]” has continued to pay his employees despite the lockdowns, having “never shut off his payroll.” Portnoy said one of the qualifications for grant money from the Fund is that small businesses must be continuing to pay their employees.

Portnoy said that the Fund will cut chosen small businesses a “check for how much” they “need to stay in business until this thing is over.” The Barstool Sports founder also said that he didn’t care how he was going “to get the money. If I need to raise more money — if I have to pay it myself — whatever it is, I’ll get creative.”

These people aren’t going out of business because they’re not successful or not making money. It’s because they have no other choice. They’ve been dealt a hand that nobody could play.

Calling all conservatives. Go to the “Barstool Fund” webpage and contribute whatever you can to help small businesses this Christmas season.