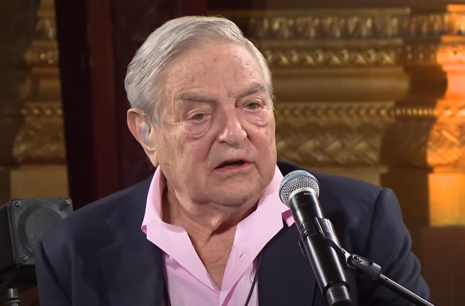 A recent report showed that Democratic super PAC Future Forward was quietly unleashing a barrage of television spending in the last weeks of the presidential race in order to try to defeat Trump. The group is backed by some of Silicon Valley’s biggest donors. Vox Recode had reported that the super PAC was “spending more than $100 million on television and digital in the final month of the campaign — more than any other group — on behalf of Democratic presidential nominee Joe Biden outside of the Biden campaign itself.”

FEC records show that the Soros super PAC, Democracy PAC, had given Future Forward at least $1 million in July. Recode said the spending by Future Forward “figures among one of the most expensive and aggressive plays yet by tech billionaires.”

Democracy PAC has been funded by another Soros group, Fund for Policy Reform, with at least $72 million between January and September of this year. Democracy PAC has since used this funding to fuel leftist groups with enough cash to launch disgusting anti-Trump attack ads across the country. The monetary alliance between Soros and a Big Tech effort to attack Trump using a similar advertising strategy is even more concerning.

On multiple occasions this year, Priorities USA Action’s anti-Trump ads led all coronavirus ads aired on TV with thousands of airings combined. The ads exploited the pandemic to attack Trump with propaganda, and even misleading statements in some instances.

In April, the Trump campaign sued a Wisconsin television station for running a Priorities USA Action ad laced with misleading statements. The ad with the spot title “Exponential Threat” alleged “the president called the coronavirus a ‘hoax,’” according to The Hill April 13. “Fact-checkers have said it’s wrong to claim that Trump called the virus a hoax, noting that the president’s full quote shows he was describing Democratic efforts to politicize the virus.”

Soros stated earlier this year that the pandemic was providing a “revolutionary moment” for his radical politics.