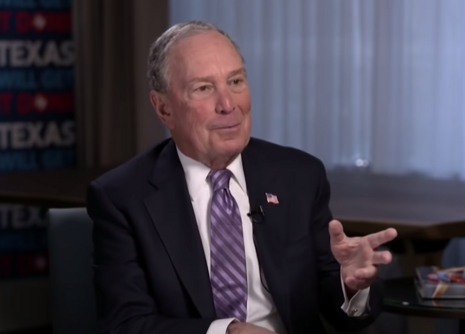 The liberal billionaire owner of the pro-China Bloomberg News Michael Bloomberg is set to bleed through another set of millions to help Democrat congressional candidates in November.

The billionaire is currently slated to spend a whopping $60 million “to strengthen the Democratic House majority in November,” according to The Washington Post.  The new spending will roughly match “the money he invested in flipping control of the House in 2018, according to a Bloomberg adviser familiar with the plans.” He had pledged $80 million to Democrats in 2018.

The $60 million is on top of the more than $1 billion he spent on his failed Democratic presidential campaign, the $18 million he shifted from his failed campaign to the Democratic National Committee, and the $35 million pledge he made to fund the data consulting firm Hawkfish to help Democrats.

The new spending will include “digital and television ads to defend some of the 20 freshman Democrats he helped win in 2018, along with spending aimed at defeating additional Republican incumbents,” according to The Post.

'Mike Bloomberg played a role that was pivotal to our success two years ago. We are so glad that he is staying in the fight to protect and expand the Democratic majority in the House.'

The Post reported that Bloomberg’s anti-Second Amendment group Everytown for Gun Safety, is also getting heavily involved in the 2020 elections:

A separate group Bloomberg funds, Everytown for Gun Safety, has committed to spending an additional $60 million on elections this year, though the amount of money Bloomberg is personally giving to the group has not been disclosed.

Contact Bloomberg News at letters@bloomberg.net and demand they release a statement isolating themselves away from their owner's leftist political activities.